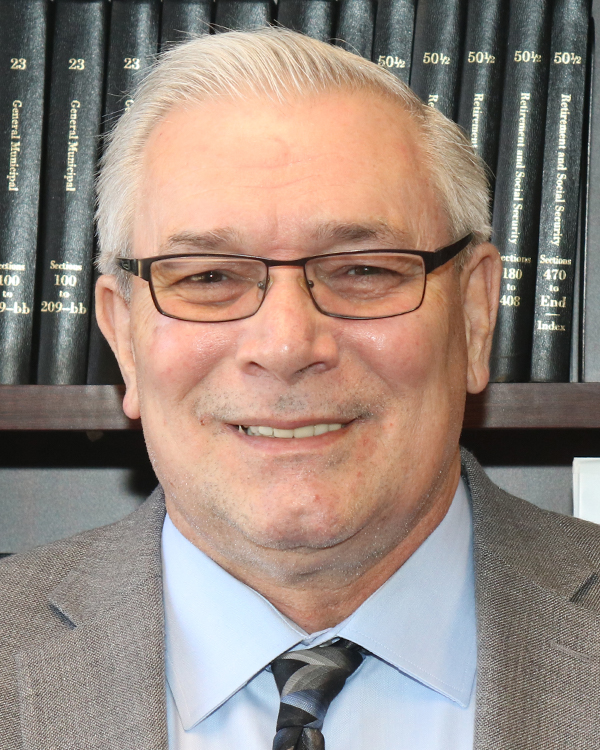 Jerry Laricchiuta’s career in union activism began in 1995 as a shop steward at the Nassau County Correctional Center after witnessing a tremendous amount of workplace injustice. True to his pioneering nature, it was the first time in the unit’s history that a civilian was appointed the position.

The achievement was only the first in a long line of commendations and recognitions throughout Laricchiuta’s career.

In 2005, Laricchiuta was elected to his first term as president of CSEA’s Nassau County Local 830, the largest public union in the county. He was elected for four terms in that office before he elected as CSEA’s Long Island Region President in 2020.

During his tenure as the Nassau County Local 830 President, Laricchiuta amassed countless successes for the local’s 9,000 members.

Under his leadership in 2008, CSEA Local 830 achieved binding arbitration in collective bargaining for the first and only time in 110 years of the union’s existence.  With his tough negotiating style, Laricchiuta was able to finally achieve contractual parity for CSEA Local 830 with Nassau County’s other major unions. By always putting members first, Laricchiuta proudly transformed CSEA Local 830 into a stronger, more unified force within the Nassau County political arena.

Laricchiuta deftly navigated the union through some of the most tumultuous fiscal times in the nation’s history, in a traditionally mismanaged municipality where the reverberations of the financial crisis were felt especially hard.  As a constant champion for the working class, Laricchiuta has fought tirelessly and has always kept the promises that he has made to his members, in the rapidly changing field of modern organized labor.

Laricchiuta’s tenacity led to the Nassau Local 830 winning more than $20 million in subcontracting awards from Nassau County since 2005.

A multiple-time honoree on the Long Island Press Power List, Laricchiuta also received the NAACP Teddy Roosevelt Award in 2018. During the holiday season, Laricchiuta instituted and continues to oversee a long-running, annual toy drive that collects and donates almost 1,000 toys each year to multiple nonprofit groups that help with families in need. Laricchiuta currently serves as Honorary Co-Chair of the Long Island Toys for Tots, U.S. Marine Corps. NUMC.

Laricchiuta and his wife Susan have been married more than 30 years. They have three daughters and eight grandchildren.