Trending
You are at:Home»PRIDE»Debbie Ake: An LGBTQ ally making a difference 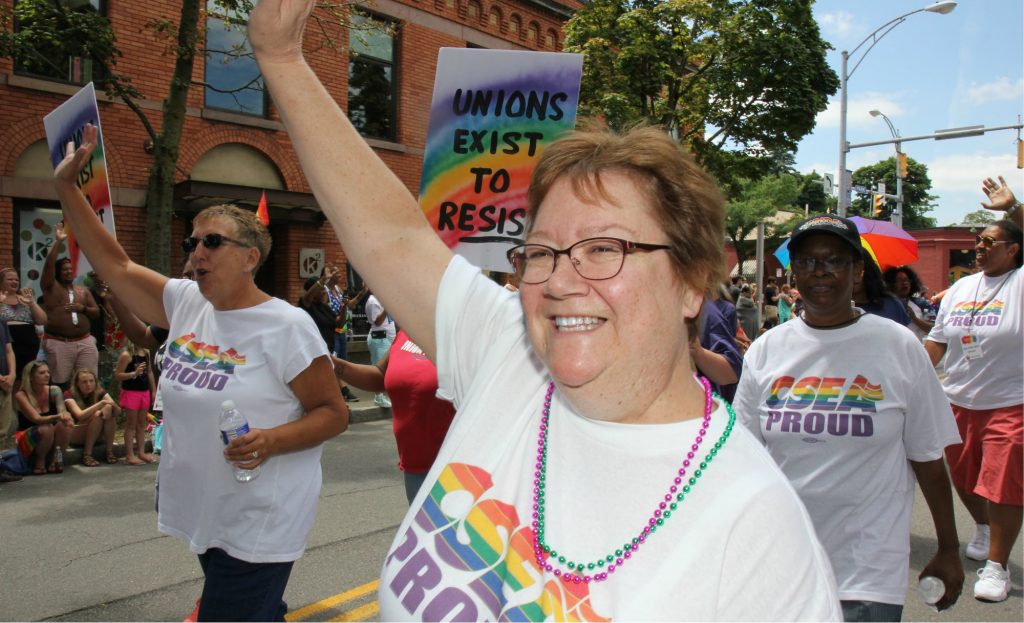 Monroe County — In recent times, our nation has seen our working families being torn apart over worker rights, immigration, rising threats to women’s reproductive rights, bans on the transgender community and the overall increase in reported hate crimes based on race, sexual orientation, gender identity and religion.

One CSEA member from Monroe County is taking matters into her own hands, doing what she can to fight workplace discrimination, homophobia and stem the tide of cultural incompetence.

“As a union officer and straight ally, my job is to respect, support and protect the rights of individuals who belong to marginalized communities, especially for my friends who identify as LGBTQ,” said Debbie Ake.

Ake, who is employed as a Secretary II for Monroe Community College, says she really loves working in an environment that is rich in diversity.

“It has taken me quite a while to get to the point of being a strong ally,” said Ake. “I took many workshops offered by CSEA, joined my local chapter of Pride At Work and tried to educate myself on just learning the language of activism. When an opportunity presents itself, I try to take the initiative to help others understand why it’s important to embrace all our members into the fold regardless of how they identify. Every worker should know that their union has their back and that they see themselves reflected in the language of our collective bargaining agreements.”

CSEA retiree Bess Watts, a longtime LGBTQ and worker rights advocate says allies are some of the most effective and powerful voices of the movement.

Watts said, “Not only do allies help co-workers and others in the coming-out process, but they also help others understand the importance of equality, fairness, acceptance and mutual respect. Debbie has been a fierce advocate for many years. She really gets it and she does the hard work of changing the hearts and minds of those she interacts with.”

“Once I was made aware of my ignorance and how I was unknowingly adding to this discrimination, I was able to make changes in my thoughts and actions,” said Ake. “Everyone has the right to feel safe and respected in their workplace. Fairness and equity should include all. For all the progress we have made so far, there is still so much more to do.”