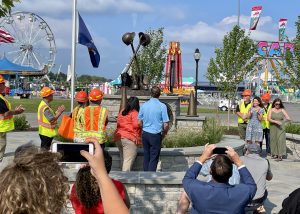 The memorial is located near the midway entrance and west of the Horticulture Building at the Fairgrounds.

It honors all highway workers who died while doing on the job, including workers from the state Department of Transportation, state authorities, local governments, and private sector contractors. 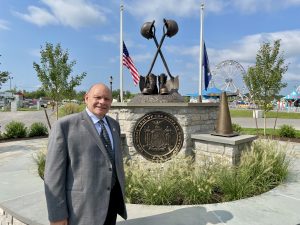 According to the federal Bureau of Labor Statistics, 1,844 workers were killed on the job at road construction sites between 2003 and 2017, averaging 123 per year.

Just the state DOT alone has lost 56 workers due to highway fatalities since its creation. 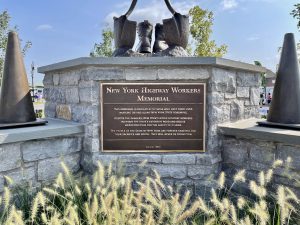 The back side of the highway memorial pays tribute to the fallen workers.

Not only is the memorial a much-needed tribute to these fallen workers, it is also a poignant reminder to slow down and stay alert while traveling through work zones.