Trending
You are at:Home»Annual Delegates Meeting»Unit Executive Board honored with Membership Achievement Award

VICTOR — The Victor Central School District Unit Executive Board received this year’s Membership Achievement Award, which was presented at the Annual Delegates Meeting.

The Membership Achievement Award recognizes a CSEA member or group of members for their work in signing up new employees or who make a significant contribution to converting non-members into members. 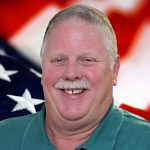 “On behalf of the Membership Committee, it is my pleasure to present the 2021 Membership Achievement Award to the members of the Victor Central School District Executive Board,” Western Region President Steve Healy said while presenting the award virtually.

In November 2020, as New York was facing rising numbers of COVID-19 cases, the unit Executive Board members came together to reach out to members and non-members alike. They directed comments specifically to non-members in one-on-one sessions about the benefits of being in the union, resulting in 19 non-members completing applications and joining our ranks.

The Executive Board repeated the effort in April 2021, resulting in nine more non-members joining CSEA.

These 28 new members were employees who had previously refused to join CSEA, but were convinced of the value union membership through the personal actions of the Executive Board.

Healy also stated the officers make sure to meet with all new potential members hired by the district as soon as they are notified of the start dates. Membership cards are signed in a timely manner, ensuring that new hires are turned into union members right from the start of their employment.

Healy accepted the award on the board members’ behalf.