Throughout U.S. labor history, Black workers have played a key role not only in forming unions, but helping secure improved pay, benefits and working conditions even amid ongoing discrimination.

As our union celebrates Black History Month, we look back on just a few of many examples of Black workers’ contributions to the labor movement, even as the fight for equality and racial justice continues.

In 1838, Black workers in Baltimore, Md. formed the Caulkers Association, one of the first Black trade unions in the U.S. Many members worked as caulkers, carpenters and longshoremen. The group collectively bargained with shipyard owners, leading to much higher pay than non-union caulk workers. 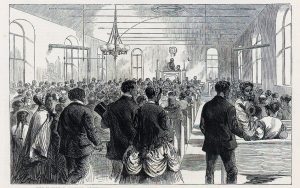 Nearly 30 years later, Issac Myers founded The Colored Caulkers Trade Union Society, which was formed to fight discrimination against Black employment in the ship caulking industry. The group eventually bought stocks that led to a purchase of a shipyard and railway that employed hundreds of workers. The group was also awarded several government contracts. 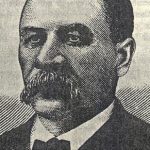 Myers, who would serve as a labor leader until he passed away in 1891, was among more than 200 black workers who in 1869 formed the Colored National Labor Union (CNLU), a confederation of independent Black local and state unions and one of the first national black labor organizations.

In the early 20th century, Black workers continued their fight for justice. The Industrial Workers of America (IWA) was one of the first established trade unions to organize black workers.

In 1925, trade unionist and labor organizer A. Philip Randolph helped found the Brotherhood of Sleeping Car Porters, the first union of predominantly Black members to receive a charter in the American Federation of Labor. At its height, the union had about 18,000 members in North America.

Women play key role
Black women also played a significant role in forming unions during the 20th century. Dora Lee Jones, helped establish the Domestic Workers’ Union in Harlem in 1934, which is believed to be a stepping stone in ending the exploitation of Black domestic workers. 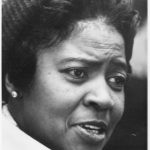 Among the other Black women who later led groundbreaking efforts to improve working conditions, and pay for domestic workers include Dorothy Lee Bolden and Melnea A. Cass. Both Bolden and Cass led efforts for these workers to gain political clout in local governments in respectively Atlanta and Boston, including through voter registration drives. They led these efforts during an era when many Black people were being denied their right to vote. 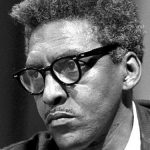 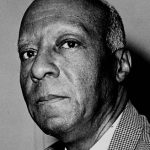 In 1955, Randolph became a vice president of the AFL-CIO, where he continuously fought to end discrimination, including from within the newly-formed federation.

In 1965, Randolph and Rustin founded the A. Philip Randolph Institute (APRI) to continue the alliance between civil rights and the labor movement. APRI is today an AFL-CIO constituency group that fights for racial and economic justice.

Along with Rustin, Randolph also worked closely with The Rev. Martin Luther King Jr. on efforts to end discrimination. Randolph and Rustin played key roles in organizing the 1963 March on Washington for Jobs and Freedom, at which King delivered his iconic ‘I Have a Dream’ address. 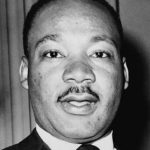 King also worked hard to advance labor justice, viewing economic equality as key to achieving full equality. In 1968, he visited Memphis, Tenn. to support AFSCME-represented sanitation workers who were fighting for fairness on the job. The night before his assassination on April 4, 1968, King delivered his final, ‘I’ve been to the Mountaintop’ address to the workers.

More than 50 years later, CSEA and other labor unions are continuing to fight to achieve King’s dream, focusing on inclusion in our workplaces and our union. With inclusion, our voices grow stronger, as does our union.