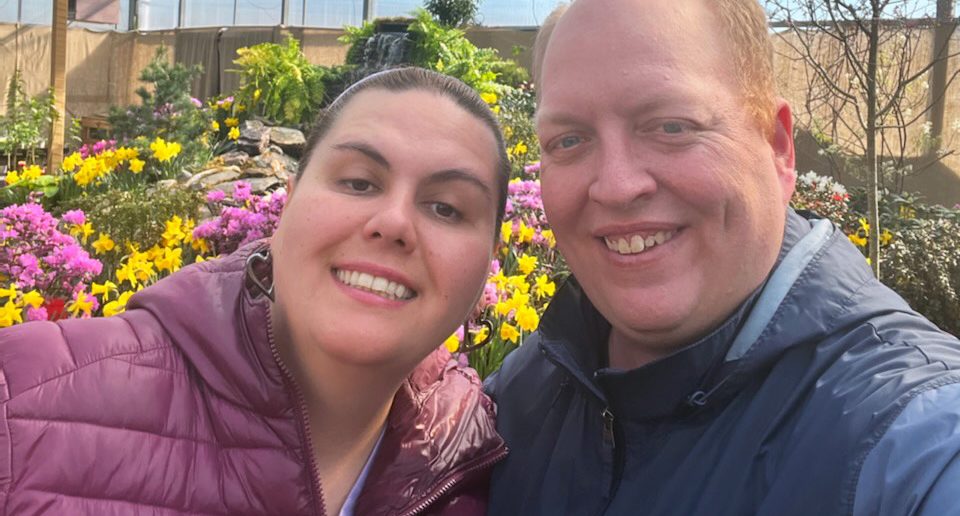 Orange County Unit 3rd Vice President Brian Johnson, right, and his wife Kateryna, who is from Ukraine and who has family members who are in Kyiv. (Photo submitted by Brian Johnson.)
Southern Region

By Jessica Ladlee on March 31, 2022 0 Comments
Orange County Unit 3rd Vice President Brian Johnson, right, and his wife Kateryna, who is from Ukraine and who has family members who are in Kyiv. (Photo submitted by Brian Johnson.) 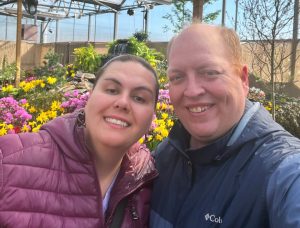 Orange County Unit 3rd Vice President Brian Johnson, right, and his wife Kateryna, who is from Ukraine and who has family members who are in Kyiv. (Photo submitted by Brian Johnson.)

Johnson’s wife Kateryna was born and raised in Ukraine and came to the United States weeks after 9/11, several years after her mother immigrated here. Kateryna’s father, Dmytrie, has remained in the capital city of Kyiv.

“My father-in-law and his brother have chosen to remain in Kyiv,” said Johnson, a horticultural assistant at SUNY Orange. “They’ve both previously served in the Ukrainian military and are loyal to their president and country. They want to support their country in this time of crisis.”

Much like other Ukrainian citizens, supply shortages have impacted Johnson’s father-in-law. With many store shelves bare, he’s been baking his own bread from scratch. Still, he is able to check in nightly with Johnson, his wife and their two young sons.

Johnson said the local support for Ukraine has been a source of encouragement for his family and many others.

A supply drive held at Saint Andrew Ukrainian Catholic Church in nearby Campbell Hall was so successful that church leaders ran out of storage space.

Ukrainian culture is rich in the Hudson Valley and northern New Jersey. About a half-hour from Middletown is the hamlet of Kerhonkson in Ulster County, where the Ukrainian National Foundation operates Soyuzivka, a heritage center that hosts summer camps, language programs, weddings and festivals.

Johnson said his wife works to connect their sons with her Ukrainian roots, cooking traditional dishes and embracing more significant Ukrainian holidays such as Easter.

Johnson said a particularly tough thing for his wife and other Ukrainian-Americans in recent weeks is witnessing the attacks on the most innocent Ukrainian citizens.

“The attacks on women and children are the worst,” said Johnson, referencing the recent Russian airstrike that hit a maternity hospital in the Ukrainian city of Mariupol. “These are innocent civilians who don’t deserve this.”