Trending
You are at:Home»Awards»‘It’s not me I think of:’ Violent crime intensifies Spain’s activism

‘It’s not me I think of:’ Violent crime intensifies Spain’s activism 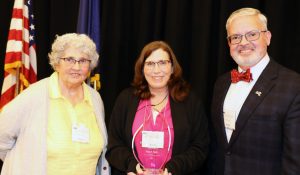 SARATOGA SPRINGS — The brutal murder of a young woman at the hands of her employer haunts Sue Spain.

For Spain, president of CSEA’s Ballston Spa Central School District Unit, whose activism in health and safety issues recently earned her the 2022 William L. McGowan Award, the life and death of Allyzibeth “Ally” Lamont is an extreme example of the risks employees take when standing up for their rights and the lengths an employer will go to protect their interests. 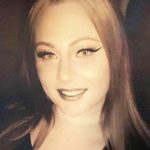 In 2019, 22 year-old Lamont was working in a deli in Johnstown when she contacted the state Department of Labor and blew the whistle on store owner Georgios Kakavelos’ myriad labor law violations. She did so on behalf of herself and her co-workers, who were mostly female.

By doing so, Lamont became a target for Kakavelos, her boss.

Kakavelos viewed her as the ringleader and cruelly calculated his revenge.

Working with an accomplice, Lamont was lured to the shop, ambushed and murdered.

At the sentencing hearing following Kakavelos’ 2021 conviction of murder in the first degree with no chance of parole and after Lamont’s family shared victim impact statements, the judge shared what he described as “remarkable,” a letter sent to the court from state Labor Commissioner Roberta Reardon, who also expressed support for the family.

“Allyzibeth came forward in good faith to report labor law violations to the Department of Labor to fight for justice for herself and her colleagues and became the victim of the most heinous act of retaliation against a worker that the New York State Department of Labor has ever seen,” Reardon wrote. “Workers in New York State must be able to report labor law violations without fear of retaliation.”

That Lamont had to go it alone is what keeps Spain up at night.

“This young woman had no one to protect her, nowhere to turn for help, no safety net,” Spain said. “If she had a union, she would be alive right now.”

Spain, a bus driver at the Ballston Spa Central School District, grew up in a union household, with her father a member of the Teamsters. She learned early the importance of union activism and has continued the fight throughout her career; advocating for her co-workers, especially when health and safety is on the line.

Spain has faced pushback, harassment and intimidation. She was fired from a previous job in the private sector for trying to organize a union. Yet, she remains fearless and grounded in a strong sense of justice and, above all, responsibility.

During the pandemic, Spain was in constant communication with CSEA Occupational Safety and Health staff due to workplace safety issues and ever-changing protocols.

“I don’t know what I would have done without them,” she said.

Before the pandemic, Spain took advantage of our union’s training programs to better understand workplace safety and health issues.

She has put into practice what she has learned. Spain and other unit officers organized a safety and health committee in their workplace. They also obtained and analyzed five years of injury and illness logs to learn where, when and how co-workers were being hurt.

Using those logs, Spain continually seeks solutions to eliminate the hazards and doesn’t do it alone. She enlists allies and recruits, inspires and develops other members to become leaders. In doing so, Spain strengthens and builds the union.

The pandemic has also led Spain to play a key role in standing up to management to ensure they were following proper COVID safety measures.

Thanks to her activism, district facilities now have increased and more effective ventilation, isolation areas, density reductions, proper spacing, use of less harmful cleaning agents and proper PPE assessments along with procurement, distribution and training.

Spain also successfully fought for increased safety protocols and protections for special needs students, their families and staff who care for the students at school.

“I learned never to doubt myself,” Spain said. “When you know in your gut something feels wrong, no matter how hard people try to push you away from it, try to take you down or try to make you look bad. You keep going, hold your head up high and know you’re doing the right thing. ”