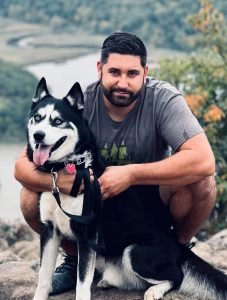 YORKTOWN — CSEA is mourning the loss of Town of Yorktown Unit member Jake Arcara, 28, who died on the job September 14 after he was struck by a vehicle in a work zone.

CSEA and PESH are investigating. Initial reports from town officials stated that Arcara, a motor equipment operator at the Yorktown Highway Department, was working on a drainage project on a local roadway when he was hit by a vehicle driven by an 88-year-old local resident.

Arcara was taken by ambulance to New York-Presbyterian Hudson Valley Hospital in Cortlandt, where he was pronounced dead.

Arcara was a four-year town employee known for his warm personality and camaraderie with his co-workers. He came from a tight-knit family and was engaged to be married in 2023.

He is survived by his parents, Kelly Arcara and Jack Arcara; sister and brother-in-law Amanda and George Marfeo; niece and nephew, Marina and Vinny Marfeo; grandmother, Joan Yetman; fiancée, Katie Brosnan; and his Siberian Husky, Gunner.