Trending
You are at:Home»Labor Movement»Poll: Majority of Americans approve of unions

Seventy-one percent of Americans approve of labor unions, according to a recent Gallup poll.

The percentage of Americans who approve of unions is at its highest number since 1965 and is up from 68% approval in 2021.

The strong support aligns with workers’ evolving views about their working conditions and a desire to improve it through unions.

“More than ever before, CSEA leaders and activists are paving the way for new workers to organize,” said CSEA President Mary E. Sullivan. “Whether it’s via union mentorship, direct support, or helping lead organizing campaigns, the future of organizing at CSEA is member-driven. We have some of the smartest, best informed, and most passionate union activists in the country and they know that by helping others organize to join CSEA, they make our union stronger for everyone.” 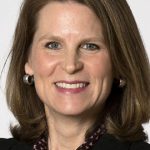 “We’re seeing an incredible rise in working people waking up and [realizing they]deserve better,” said Shuler. “This is why people are looking to unions for the first time in a long time. People are not standing by; they are ready to rise up, make changes and make their voices heard.”

Shuler also debunked the theory that the country is in a labor shortage, noting that there is a shortage of family-sustaining jobs and high-quality jobs with fair wages and good benefits.

The poll also strongly supports the recent surge in union organizing in industries across the country, including retail, food service, museums and media. The National Labor Relations Board reported a 57% increase in union election petitions during the first half of fiscal year 2022, as opposed to the previous year.

According to a recent report by CUNY School of Labor and Urban Studies, New York City leads the nation in new organizing, largely due to successful efforts at an Amazon fulfillment center on Staten Island.

One of the best ways to achieve good jobs that allow workers to sustain themselves and their families is unions.

According to the U.S. Bureau of Labor Statistics, unionized workers make on average 10.2% more in wages than nonunionized workers. Unions also help take great strides toward pay equality, though more work needs to be done.

Notably, 95% of union workers have access to employer-sponsored health benefits, as opposed to 69% of nonunion workers. Union members also have more extensive access to paid leave time and retirement security.

In addition to helping workers have stronger wages, benefits and working conditions, unions also raise standards for nonunion workers, particularly in states that are higher in union density, such as New York.