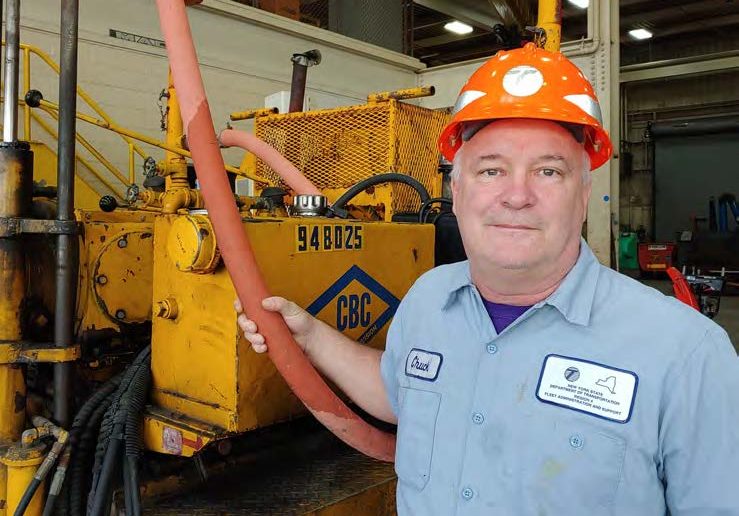 Parsons: ‘Its been a work life worth living’

Fairport is also where CSEA state Department of Transportation Region 4 (Rochester) Local President Chuck Parsons not only grew up as the youngest of seven children, but shaped his love of public service, his passion for the outdoors and his hard-nosed work ethic.

With these values, it’s no wonder Parsons jumped at the chance in 1983 to join the state workforce as a Bank Watch at the New York State Department of Transportation’s Waterways Division.

“I would walk nearly 12 miles a day up and down the Erie Canal paths making sure the waterway had no obstructions and the bridges were in good shape,” Parsons said. “It was the beginning of my work life, and I had no clue at the time I would end up being employed by the State of New York for the next 37 years.”

Now, after a long and distinguished public service career and years of activism in our union, Parsons will retire as of Jan. 30. He has been working as a Grade 12 Motor Equipment Mechanic since 2000.
Right from the start, Parsons understood the value of being a union member.

“Early on, I witnessed a real contentious relationship between management and employees,” Parsons said. “I knew things should be better, especially when it came to diversity issues. It was affecting our productivity. I pitched management to host a diversity training seminar and it was a huge success.” 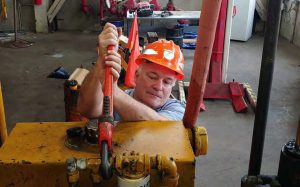 Parsons maintains equipment on the job.

Parsons soon built on that success.

“I quickly realized it was better to cultivate a good relationship with management to improve the workplace,” he said. “Things just took off from there.”

Parsons has held numerous leadership titles in our union. He became a delegate and grievance representative in 1989. He was elected as his local’s vice president in 1994 and has served as local president since 2000.

During his career, Parsons has been selected or was appointed to many of our union’s statewide committees, including DOT Labor Management Co-Chair, DOT Safety and Health Co-Chair and on the CSEA Board of Directors.

Parsons is quick to admit he is very proud of his career accomplishments.

In 1992, he was instrumental in creating the DOT Region 4 Memorial Garden and Workers Memorial Day Observance. Parsons also took leadership roles in implementing a Fleet Inspection Program, a Bridge Crew Welding Certificate Program through the NYS/CSEA Partnership, an effort to get co-workers certified by NYS for Air Conditioning Repair and Recovery, among other initiatives.

“I’ve seen firsthand Chuck’s unique ability to represent and organize his members. I’ve seen him fight for what he believes in, and I’ve seen him inspire management to improve policy,” Pyjas said. “He has a way to move people into collective action and that’s a gift. I have truly admired his leadership over the years and I’m grateful for all his contributions to strengthening our union. Chuck’s dedication to public service is second to none.”

“Looking back on my career with NYSDOT and CSEA, I have to say it all feels bittersweet,” Parsons said. “Its been a work life worth living. The relationships I have made and the lessons I have learned over the years have shaped who I am personally and professionally. Being part of CSEA has opened many doors for me. If I had to do it all over again, I don’t think I would change a thing.” 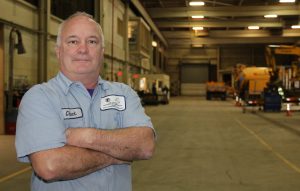 And don’t expect Parsons to fade off into the sunset after retirement.

“I have already paid my dues into the CSEA Retirees local in my area and plan on staying involved with the union,” he said. “And I am really looking forward to traveling and spending more time with my loved ones. Plus, our family is hosting an exchange student from the Netherlands and we would love for her to see all of what America has to offer.”