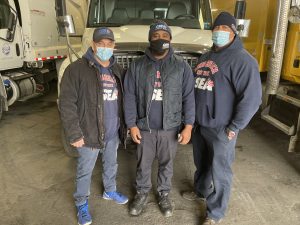 LONG BEACH — CSEA City of Long Beach sanitation workers have braved the front lines of the COVID-19 pandemic with extreme professionalism, with many of them employed part-time with the city between five and 10 years.

It is their dedication that motivated CSEA’s City of Long Beach Unit leaders to secure eight full-time sanitation jobs for the employees.

It took five long months for unit representatives to comb through the city’s budget to find the money to support eight new hires.

“The big selling point from CSEA to city officials is that the new hires would fall within the city’s planned budget,” said CSEA City of Long Beach Unit President John Mooney.

Recognizing the importance of their frontline workers, city management was very helpful and cooperative through the entire process. 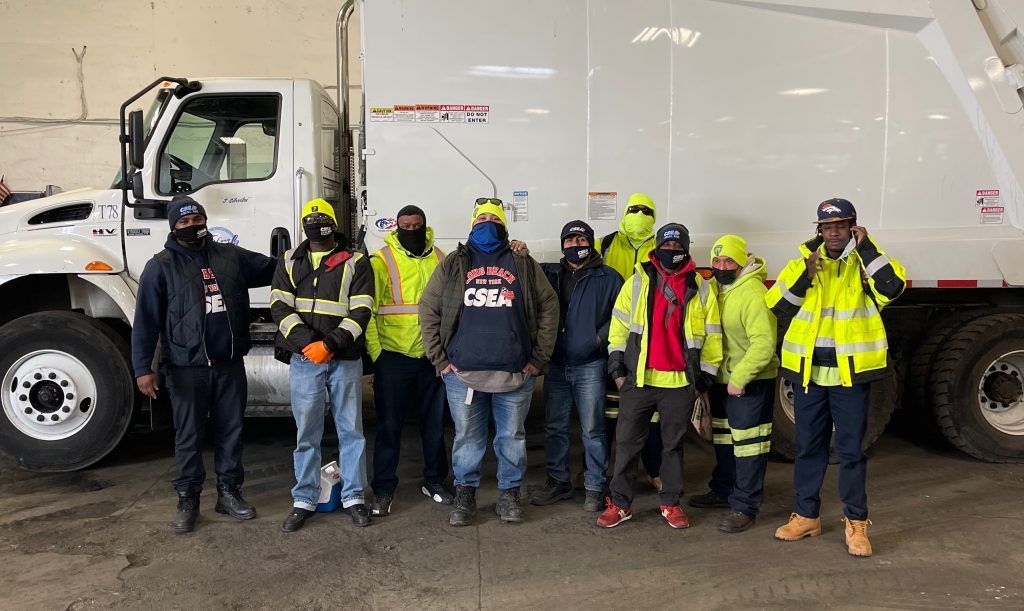 As for the new hires, they are excited about the benefits that come along with full-time work.
“The big thing for me is the medical insurance,” said City of Long Beach Sanitation Worker Frankie Alvarado.

“When I first started working for the city, I had just had my first child. He started having seizures when he was two years old. Then, I had another child and the medical bills just started piling up.”

“If I had medical insurance back then, most of my bills probably would have been covered,” said Alvarez. “Achieving full-time status is life changing for me and my family.”

Some workers are so excited about joining their union that they are considering getting medallions made that say “CSEA.”

Mooney said the sanitation workers are the unsung heroes of this pandemic. Every day, they come to work and expose themselves to other people’s disposed items, which could easily infect them with COVID-19.

That is why getting the City of Long Beach to agree to make eight workers full-time was especially gratifying.

“Whenever people ask me why I stay active in my union, it’s for moments like this,” said Mooney. “Being able to be a part of something that will change people’s lives for the better is inexplicable.”

The City of Long Beach Unit is not stopping with the eight new hires. They are in the process of working with the city to get the remaining eight part-time sanitation workers to full-time status, along with a number of part-time workers in the city’s Highway and Recreation Departments.

Watching CSEA’s hard work come to fruition has been a morale booster for unit members who are excited to “watch their co-workers enter their brotherhood.”

“There is a special bond that forms when you go through an experience like this together,” said Devin Parker, CSEA City of Long Beach Unit 3rd Vice President and Superintendent of Sanitation. “You may not have been friends before, but you become friends outside of work because the time you’ve spent together in the trenches.”