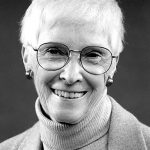 ALBANY — When Irene Carr saw the need for real change, she didn’t stand by and wait for it to happen.

Instead, she became the change she sought. Throughout her four-decade union career that included 17 years as Statewide Secretary, Carr was key to bringing issues traditionally of concern to women to the forefront.

Her accomplishments not only advanced the lives and careers of working women, but helped expand leadership opportunities for women in our union.

CSEA is now accepting nominations for the Irene Carr Leadership Award, which will be presented in May to a CSEA member who fights to advance women and families.

Trailblazer
When Carr became a CSEA activist, leadership opportunities for women were limited. Although elected secretaries were often expected to be just “notetakers,” Carr was determined to play an active role in our union and urged other women in leadership roles to do so. She also realized that “work and family issues,” as Carr referred to issues traditionally of concern to women, needed to be a priority in our union.

She led the way in forming our union’s first Women’s Committee and served as the committee’s first chair. She also chaired AFSCME’s Women’s Advisory Committee for many years.

She also served as a mentor to many of CSEA’s current women activists. Carr passed away in 2004.

She inspired activists across our union to continue to shatter glass ceilings. More than 25 years after Carr retired from service, our union continues to honor her work through the Irene Carr Leadership Award.

We are looking for a CSEA member who has worked to continue Carr’s mission of defending and furthering the rights of women and families. Below is the criteria for the award.

Award nomination criteria
Do you know a CSEA member or activist who:

Download a nomination form here. All nominations must be received by March 1, 2021. The Irene Carr Leadership Award will be presented at the CSEA Women’s Conference, which will be held virtually on April 30 and May 1.