The Unified Court System (UCS) is New York’s judicial branch, charged with administering justice and due process rights for all New Yorkers. It’s perhaps the ultimate irony, therefore, that CSEA has had to push back against recent UCS management actions that have diminished fairness and due process for the judiciary’s own workers.

The issue started with the admirable intentions of eliminating any discriminatory behaviors within the court system. In the wake of a settlement of a disciplinary case from last year, UCS Chief Judge Janet DiFiore recently sent out a memo calling that settlement a “mistake” and directing all future employee discrimination matters to undergo full disciplinary hearings. Going forward, penalties in these cases would be decided by a new oversight panel of in-house UCS officials. The union has big issues with these changes.

CSEA does not condone discrimination of any form and the union completely agrees with the premise that workers deserve a court system free of discrimination or bias. However, union members are also entitled to their due process rights in any disciplinary matter. The union is concerned the new policy represents management overreach to achieve a discrimination-free workplace.

An imbalanced report leads to unfair and possibly illegal changes

The court system’s new work rules stem from the results of a third-party report commissioned last year following the murder of George Floyd. Among the report’s recommendations was to “strengthen current court system practices investigating bias complaints against court personnel.” 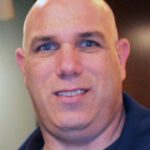 “Court officers felt the report was imbalanced,” said Region IV Judiciary Local President Scott Gartland. “No one is against rules that are fair and applied to all equally. But, when it seems that certain titles are being imposed on more heavily than others, it becomes harder to justify; especially when the stated goal is equality.”

And the new policies have big flaws that may violate the law.

By barring settlements for one specific type of disciplinary charge and adding an additional layer of oversight to review disciplinary penalties, the new procedure and work rules constitute a change in terms and conditions of employment. That must by law be negotiated. The changes were not negotiated, and no employee unions were involved in the development of the new policies or procedures.

CSEA is investigating whether or not this violates New York’s Taylor Law. As this edition went to press, the union was preparing to file a contract grievance.

A biased system cannot police itself

The Court System admits in its memorandum that bias already exists within the system. CSEA strongly believes that workers cannot receive their right to a fair hearing without these types of disciplinary charges being decided by a completely neutral third party. 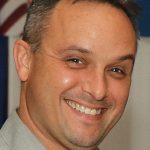 “We’re all of the same opinion that an agency that polices itself, it’s impossible for it to be unbiased,” said Central Region Judiciary Local President Ian Spencer. “When you appoint a panel without a third-party independent reviewing the case from both sides, it puts union members in a situation where they’re sitting in front of the judge, jury, and executioner.” 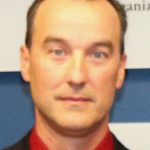 “All of the hearing officers are employees of the court system, which makes it unfair and biased for the employees and the victims,” said Southern Region Judiciary Local President Kevin Mahler. “It’s only fair that there be an independent arbitrator and a clear set of rules to promote justice inside the system that provides justice for others.”

After the memorandum was released, a coalition of union representatives, including CSEA Local presidents who represent UCS employees from across the state, submitted a letter to the Chief Judge urging the court system to switch to the more fair and independent process of binding arbitration to ensure worker rights. 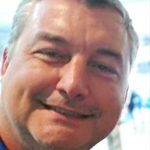 “If the court system really wants fair and successful outcomes when addressing employee workplace complaints, we should move toward binding arbitration,” said Western Region Judiciary Local President Bill Hart. “The new anti-discrimination policies, which require a full disciplinary hearing, is being handled by just another layer of bureaucracy that reports directly to the Chief Judge. It shatters any notion of due process and fairness.” 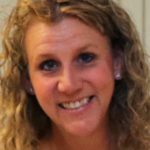 “Any system that inherently polices itself, cannot be impartial,” said Long Island Judiciary Local President Diane Hansen. “It’s no different from court proceedings; the judge has to be impartial. Why should our members have to go before somebody who is UCS [Unified Court System] appointed and therefore biased in their employer’s favor?”