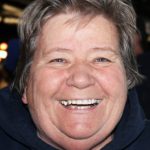 No one would refute her body of work borders legendary status. For over two decades, Watts has paved a remarkable path for future generations to follow and at the same time, elevated grassroots union activism into a true art form.

Watts, who had worked as an Interlibrary Loan Specialist/ Senior Clerk at Monroe Community College and served in numerous CSEA leadership positions, including CSEA Monroe County Local President before retiring in 2019, remembers her early union advocacy days were not neat and orderly.

She would quickly admit there wasn’t an exact science or road map to follow when she first started out in the Labor Movement. However, she loved reading labor history and searched feverishly to find inspiration and motivation from days gone by and the modern world around her. 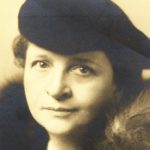 “As a student of history and a union leader, I have always been inspired by the likes of Frances Perkins (1882-1965) and Mother Jones (died 1930),” said Watts. “Perkins was intimately aware of the struggles of women in the workplace. She witnessed the Triangle Shirtwaist factory fire. As a result, her life’s work was dedicated to making the lives of working women safer and more secure.”

Watts added that Perkins’ life was a revelation to her.

“It’s amazing to me she achieved so much good for working people,” Watts said. “Perkins would have been notable simply by being the first woman cabinet member as U.S. Secretary of Labor, but her legacy also stems from her additional accomplishments. She was largely responsible for the U.S. adoption of Social Security, unemployment insurance, the federal minimum wage and federal laws regulating child labor. Our lives are better because of her work.”

In addition to her CSEA activism, Watts served as national vice president of Pride at Work AFL-CIO and is on the executive board of the Rochester Labor Council.