Green: ‘I knew I could help people’ 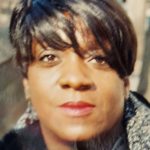 After several run-ins with the bully, Green’s parents were summoned to school for a meeting, where the bully accused Green of being the leader of a gang.

“Now that I’m older, I guess [the bully]was right,” said Green, president of CSEA’s SUNY Downstate Local. “I’m the leader of a gang. A union gang.”

It’s a gang and an experience that she wouldn’t trade for anything or anyone. That became clear during some of the darkest moments of her life, including last year at the height of the pandemic in New York City, when Green was infected by COVID-19 and hospitalized at the hospital where she’s worked for 33 years.

“Don’t underestimate your colleagues,” said Green. “You may hear rumors, but when you are in the position I was in, these folks came and prayed for me and for my recovery. They brought me food and tried to give me all their energy so I could recover. I can’t ever say anything [negative]about my co-workers.”

Green started her career as a nursing station clerk and rose steadily to other departments, including the Coronary Care Unit (CCU), Maternity Unit and the emergency room. All the while, she cultivated relationships with co-workers and management.

“It all begins with respecting each other,” said Green. “It takes perseverance, but if we talk to each other like human beings and not [angry]pit bulls, we can get a lot done.”

That demeanor led Green to become active with the union when she was denied a medical leave. She not only fought back and won, she decided to become a shop steward and took classes to better represent her co-workers.

“To be honest, I wasn’t overzealous to do it (become an activist),” said Green. “But, I knew I could help people.”

She’s helped plenty of members over the years without tooting her own horn, including several plumbers who had been suspended for nine months after being falsely accused of theft. They got their jobs back and were made whole.

“A lot of people may think that I don’t anything because I don’t make a lot of noise when I do,” said Green. “I do my best.”

As a Black woman, Green said she’s encountered men who have not taken her as seriously or respected her as a professional and leader. It’s something she would never tolerate.

“If I approach you in a professional matter, I expect the same,” said Green. “They try to minimize me and I don’t like that.”

As an immigrant from Guatemala who only spoke Spanish when she started first grade, Green said one of the women she most admired was her first-grade teacher.

“Mrs. Lucas was this woman who looked like a Barbie doll,” said Green. “She was skinny, had blue eyes and blonde hair and she persevered with me. I didn’t know English at all and it was frustrating, but she helped me through it to the point that I was reading above grade level.”

A mother of two sons who lives in Brooklyn, Green admitted that she was also over the moon about the election of Kamala Harris as Vice President.

“I did wear my pearls (while watching the inauguration),” said Green, referring to Harris’ wearing pearls as a tribute to her membership in Alpha Kappa Alpha sorority. “I am proud that the U.S. is finally seeing that a woman can do the job.”