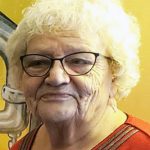 WAPPINGERS FALLS — It isn’t always easy balancing motherhood and union activism, but Dutchess-Putnam Retirees Local President Norma Condon is proof that not only can a woman do it, she can do it well.

Once her daughter entered kindergarten in the 1970s, Condon took a job as a clerical worker at the Wappingers Central School District. Soon, she became CSEA unit president. Condon later served in numerous leadership roles, including

Dutchess County Education Local president, Board of Directors and most recently Dutchess-Putnam Retirees Local President. When she began working at the school district, workers there were underpaid, something Condon was ready to address at the bargaining table. “Somebody said to me, ‘Well, what do the clerical workers want?’ and I said, ‘Well, we would like to be paid the same as the IBM clericals,’” said Condon, referring to the nearby computer plant that was then the primary employer in Dutchess County.

While district officials pointed out that IBM was a profit-driven business and the district was not, that didn’t stop Condon and her co-workers from pushing for parity. “Two contracts in a row, we negotiated [significant]raises for all three years of the contract,” said Condon.

Quickly realizing the clout that comes with unionism and the importance of union endorsements, Condon has been a member of the Southern Region Political Action Committee for 40 years. Condon, an Ireland native, said she has also enjoyed the friendships and camaraderie that has come with her activism, both as an active member and later as a retiree. She urged members nearing retirement to join a CSEA retiree local, both as a way to stay active in the union and maintain connections with former co-workers.

For Condon, Women’s History Month is a reminder that there is an equal place for women in our union.

“I’ve always felt I had an equal voice as a woman in CSEA,” said Condon. “I served on a lot of committees over the years, chairing some of them, and I always remember women being active members and leaders. That isn’t the case in every organization, but a woman can have an equal voice in the union.”