EMS workers discuss their fight to form a union

By Nicholas Newcomb on April 22, 2021 0 Comments
Paramedic Danielle Thompson outside the NOVA facility. 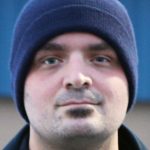 LIVERPOOL — Ethan Darbee, a fifth-year paramedic with Northern Onondaga Volunteer Ambulance, said that NOVA is the last emergency medical service company in the area that people would’ve thought to unionize.

“We have decent equipment, we have nice uniforms and overall decent policies,” Darbee said.

But Darbee said that it’s the way management enacts those policies and the way workers are treated, crushing morale, that ultimately led him and his co-workers to start the organizing process and join CSEA.

“For me at least, [I’m looking forward to] just having a voice at the table,” Darbee said. “Not that we would, but even if we bargained nothing different, just the sheer fact we have [a union]backing us and speaking up for us, better yet, empowering us to speak for ourselves, is better than what we’ve had.” 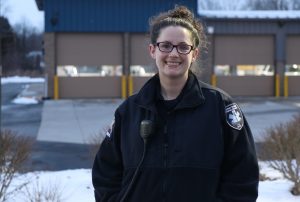 Paramedic Danielle Thompson said that at one point, NOVA was the top place to work in the area. But during her five years working there, she too has felt morale plummet.

“We’ve lost that family feeling over the years. Our motto, if you look on the rigs, is ‘neighbors helping neighbors,’ but we weren’t helping ourselves … and now is the time for us to help ourselves,” Thompson said.

Thompson, a mother of two, joined the organizing committee to ensure there was female representation in the process.

“After returning to work [after having]my latest child, my job became way more difficult,” Thompson said. “I’m basically on a week-by-week basis at the whim of our director. Even before then, I knew we needed to create accountability for [the director]somehow.”

Darbee said it was at CSEA’s New York State Fair booth in 2019 where he was able to get put in touch with an organizer. The organizing process began, but got a little more difficult in 2020 due to COVID-19.

“[COVID threw us] a wrench, that goes without saying,” Darbee said. “But it also helped light a fire under us because of how inept and lackadaisical management was responding to it.”

According to Darbee, management’s first notice to employees about COVID-19 was a full month after the World Health Organization declared it a global pandemic.

“I joke, but I had emails from my credit card [companies]and Dunkin’ Donuts about the pandemic before our boss told us about it,” Darbee said.

EMS in the labor movement

Darbee said EMS falls in a unique place in the health field.

He also noted that many workers use EMS as a steppingstone, whether it’s for police and fire, to go to a nursing home or to get patient-contact hours for physician assistant school. He added that not many workers get into EMS wanting to be an emergency medical technician or paramedic, at least not long-term.

Although some workers may see EMS work as a steppingstone, it’s also a tough job to rely on for financial stability. It’s also common for these providers to work two or three jobs. That’s something Darbee would like to see change in the future.

“It really speaks to just the lack of pay for what we do. All workers should be paid a livable wage, but EMS in particular,” Darbee said. “We’re just not compensated for what we’re expected to do.”

Thompson recommends that other ambulance companies interested in unionizing should find an ally within to start.

“It started with a couple of us and slowly filtered through the company,” Thompson said. “It’s all about having a unified front.”

CSEA Central Region President Kenny Greenleaf said that having a strong union alongside the workers is vital to positive, long-term change.

“NOVA EMS professionals voted overwhelmingly to join CSEA as their first step in building power,” Greenleaf said. “The timing could not be better. The pandemic has revealed much needed, systemic change. EMS professionals like those employed at NOVA know this and recognize being a union as the fairest and most respectful way to negotiate better terms with their employer. With more than 7,700 EMS professionals in our ranks in New York and 25,000 across the country, in our international affiliate AFSCME, we have the power to make some much-needed systemic change. We are delighted to partner with NOVA for a fair contract that respects and treats these workers as the heroes they are.”