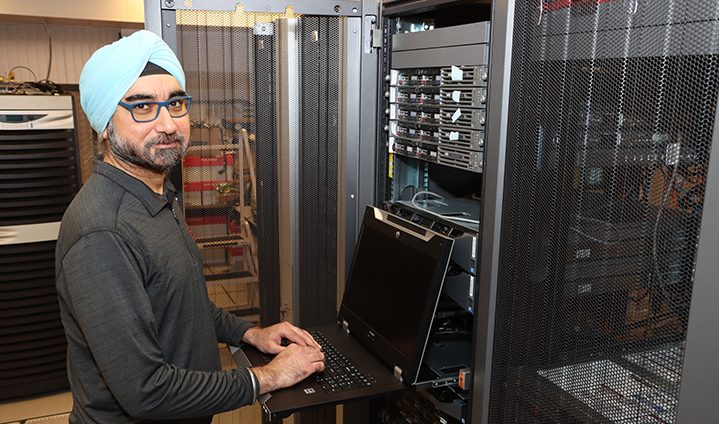 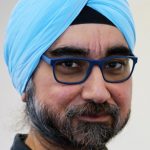 “Asia is a very diverse continent holding half of the world’s population,” Singh said. “India is part of Asia among 47 other countries. All Indians come in different colors.”

Singh immigrated to the United States at age 17. He went to college in New Jersey and New York, earning a master’s in business administration degree, and has worked in the field of Information Technology for over 25 years. He joined CSEA in 2016.

In practicing his Sikh religion, he keeps his hair uncut and wears a turban. He wants to correct the maligned image of people wearing turbans as being terrorists.

“99.9 percent of the people wearing a turban in USA are Sikhs. We are not terrorists, as has been the image since 9/11. Sikhs are peace-loving people, and our image of the turban and beard represents our identity,” Singh said. “We look this way so we can be identified in a crowd and called upon for help.”

He believes his values as a Sikh Indian align perfectly with CSEA’s mission of diversity and inclusion.

“I feel my beliefs as a Sikh Indian align with what CSEA stands and fights for,” Singh said. “As a Sikh, I believe in equality for all, regardless of race, sex and social status. In our union, we value diversity and represent and treat all of our brothers and sisters the same and fight for their rights to social justice and equality.”

“Our staff is a microcosm of the membership we represent,” he said. “In my department, I have staff from various countries, backgrounds, races and ethnicities. Like CSEA, I strongly believe diversity brings innovation and new ideas on how to solve problems and make us a better union.”

Yet Singh worries about the escalating racist treatment of people of color in America.

“It’s very sad to see escalating hate crimes against Asians in this country. Since 9/11, Indians, and Indian Sikhs in particular, were targets for hate crimes because of their skin color and appearance,” he said. “We continue to endure this hateful rhetoric today. Now with COVID-19, people from East Asia are being targeted because of their facial features. The recent shooting at the Indianapolis FedEx facility, where mostly Indians worked and half of the victims of the shooting were Sikhs, makes us all wonder if this was a hate crime.”

“We are all human beings first, before we are black, white or brown,” he said. “Boundaries to countries are drawn by humans, but humanity has no bounds, and we should all help anyone in need.”

The Asian Pacific American Labor Alliance (APALA) is an AFL-CIO constituency group of Asian American and Pacific Islander (AAPI) workers, most of who are union members and allies who advance worker, immigrant and civil rights. APALA has more than 20 chapters, including one in New York City. Learn more about APALA at https://www.apalanet.org.