‘This is not OK:’ Members discuss anti-Asian racism 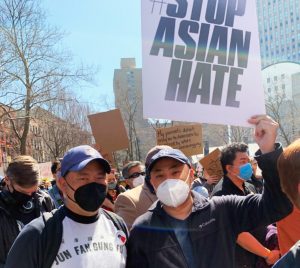 COVID-19 vaccines have started to alleviate the fears of most New Yorkers, yet another scourge, one that is often violent and deadly, continues to plague some members of the population.

“I’ve experienced racism throughout my life,” said Michael Ko, a motor vehicle licensing examiner at the state Department of Motor Vehicles in Queens. “Kids call me names that I can brush off, but it really bothers me that in recent months with the coronavirus, the amount of hatred being shown toward Asian Americans, particularly elderly Asian women.”

Ko, who immigrated to the United States from Korea at age 5, is primarily concerned for the safety of his mother.

“My mom is old and can’t defend herself,” said Ko. “What bothers me is that the next person could be my mom and that scares me.”

In recent months, there have been several horrific hate crimes, including the massacre of six Asian women in Georgia. According to news reports and nonprofit reporting forum Stop AAPI Hate, there are at least 3,795 documented hate incidents and acts of violence against members of the Asian American and Pacific Islander (AAPI) community over the past year. Women were 2.3 times more likely to be victimized than men.

Many people, including Ko, believe that racist messages from elected officials and hate groups have contributed to these attacks.

“[Former President Donald] Trump had a lot to do with this,” said Ko. “He called the coronavirus the “China virus” or the “Kung Flu.” So, when you see that the people who are inflicting this violence and hurling these racial slurs are using the same verbiage that the ex-president used, I can definitely say he has a lot to do with this.” 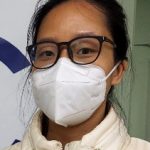 For Yingyan Wu, a teacher assistant at a Guild for Exceptional Children preschool in Brooklyn, the verbal assaults are also painful.

“Because I am Chinese, I have heard people use (offensive) language in front of me,” said Wu. “I didn’t say anything because I don’t know how to protect myself, they have the freedom to say these things, I just let it go. I didn’t report it to anybody.”

Wu, who came to the U.S. in 2011 to study and became a citizen in 2015, praises our union for posting messages of solidarity on social media accounts and erecting signs expressing unity at their facilities.

Wu has two children who attend their elementary school classes remotely. Her children often tell her they’re American because that’s where they were born and she credits their teachers for teaching tolerance and inclusion.

But once they walk out the door, she fears that some people may not be as welcoming.

“I feel scared about bringing them outside by myself,” said Wu. “If they hit my kids, I don’t know how I’ll be able to protect them.”

“I went to a rally in Columbus Park a few weeks ago to show that this is not OK; that we are Americans,” said Ko, who has a wife and three children who receive most of their school instruction remotely.

“It was great seeing the Asian community coming out,” said Ko. “The crowd was large and politicians spoke, but I was also encouraged because it wasn’t just Asian people; there were also Black Lives Matter activists.”

Ko recalled incidents he dismissed in the past and wonders if that may have emboldened some of this behavior. He also talks regularly to his children about the evils of racism.

“Maybe I was complicit in letting things go [like racist comments], but when people grow up, it can manifest into violence,” said Ko. “It starts at home. You have to tell your children that any racial name calling is not OK in any form.”

Conspiracy theories and misinformation have also contributed to the xenophobia, Ko said.

“[Asian Americans] didn’t start or spread COVID-19. We were here in the U.S. living our lives like everyone else and were also impacted like everyone,” said Ko. “One of my ex-co-workers (a Chinese woman) died of COVID-19 in the early days of the pandemic.”

“We need the violence to stop,” said Ko. “Dialogue is important. If we talk about any of the issues we may have with members of the Asian community, we can help dispel some of these misconceptions.”

More often than not, we need to seek solutions to this bigotry and hate and it may come from the most unexpected places.

“We are all human and anyone can have a bad day,” said Wu. “But hitting people is not the solution. That’s inhumane.”

She reflected on the children under her care, their various backgrounds and differences, but how they all managed to work and play together.

“The kids have learned to behave,” she said. “[Many] adults have not.”

If you or someone you know has been a victim of a hate crime, report the incident to local law enforcement, the NYS Attorney General’s Civil Rights Bureau at (800) 771-7755 or the FBI at fbi.gov.

To get resources to stop violence against members of the AAPI community,
visit https://anti-asianviolenceresources.carrd.co.