Trending
You are at:Home»Awards»Irene Carr Leadership Award honors all members during challenging year 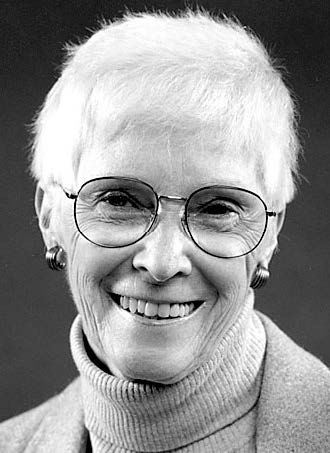 ALBANY — Many current union activists never had a chance to know or meet former CSEA Statewide Secretary Irene Carr, who retired from union service in 1993.

She’s the inspiration behind our union’s prestigious Irene Carr Leadership Award, which honors the most dedicated, constant, and committed activists in our union. The award is presented at the biennial CSEA Women’s Conference.

During this year’s virtual conference, attendees got a new chance to “meet” Carr, through a great new video produced by CSEA Communications Specialist Jill Asencio, introducing them to Carr’s special brand of activism.

Peppered with photos of Carr and interviews from CSEA leaders who knew her — former CSEA President Joseph McDermott, Standing Women’s Committee member and Rockland Psychiatric Center Local Executive Vice President Tyjuana Parker and Standing Women’s Committee member and Rochester Area Retirees Local President Bernadette Giambra — the video showed how Carr was a determined and self-driven activist, who, once she took on an issue, would follow through with persistence until changes got made.

Carr was best known for being a ‘trailblazer’ on behalf of issues traditionally of concern to working women, issues Carr would refer to as ‘work and family issues.’ Carr fought to increase the number of women in union leadership roles; sought job training opportunities and other improvements for administrative titles that were largely held by women and led efforts to establish worksite child care facilities at state agencies.

She was also key to establishing CSEA’s Women’s Committee and served as its first chair.
In normal years, this award would be given to a single union activist who exemplifies Carr’s spirit and determination. As we know, this past year was in no way normal. In recognizing that, Giambra announced that this year’s Irene Carr Leadership Award is shared by all CSEA members, for the leadership they showed in stepping up and showing up to help us through the pandemic. 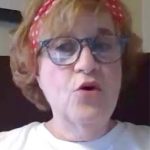 “This year has been difficult, no, it’s been god awful. We had the hardest time picking just one person to designate with this honor,” Giambra said. “This has been an extraordinary year, and the way that you have all responded to this crisis we’re living through has been even more extraordinary.

Throughout this year, so many of you have been our heroes, and for that, we all deserve recognition. …While we cannot fit all your names on the plaque that hangs in our headquarters, just know we value your dedication, your bravery, your sacrifice. We do our best to honor the essence of our union sister and you did the best to honor the essence of Irene Carr. You caught who she was and you acted on that this year. By recognizing these amazing qualities that she contributed to our union, you embody her spirit. So, I can tell you personally, Irene Carr would be so proud of all of you and I congratulate all of you.”

“I think our union made the absolute right choice in honoring every member this year,” said CSEA President Mary E. Sullivan. “Over this past year, we all showed how we not only didn’t back down in the face of a terrible crisis, but we actually stepped up to meet the challenges it presented. I’m so proud of each and every member, and they deserve this recognition.”