PEARL RIVER — As workers on the front lines of caring for individuals with mental illness, our officers from the Rockland Psychiatric Center Local say the state’s proposal to cut inpatient beds from state Office of Mental Health (OMH) facilities will hurt vulnerable New Yorkers at a time when a national conversation on mental health treatment is finally picking up steam.

“People are not getting the treatment they so badly need,” said Local President Brenda Gamble. “Because we don’t have enough beds, people who need treatment from qualified professionals wind up in the emergency room, in jails, or in the community.”

Since 2014, Rockland Psychiatric Center has had 62 beds cut from facilities for adults and 34 beds cut from the children’s hospital.

Gamble, along with other Rockland Psychiatric Center Local officers Tyjuana Parker and Sonya Rogers, explained that cutting OMH inpatient beds doesn’t even meet the goal of taxpayer savings when factoring in the costs of incarceration and emergency treatment for individuals better served by inpatient treatment.

“People with mental illness are better served receiving the comprehensive services they need, rather than winding up in jail with limited access to doctors and treatment,” Gamble said.

While the recent uptick in school shootings is raising discussion about available mental health treatment, CSEA leaders have already been trying to raise awareness in their communities.

Parker raised the idea with her pastor of having Mental Health May at First Baptist Church in Spring Valley, and bringing in speakers to educate the congregation about the struggles faced by neighbors struggling with mental illness.

It isn’t uncommon to have individuals in need of treatment in the pews during Sunday services, Parker said.
As this edition was going to press, state lawmakers and the governor were still working on a final state budget agreement. 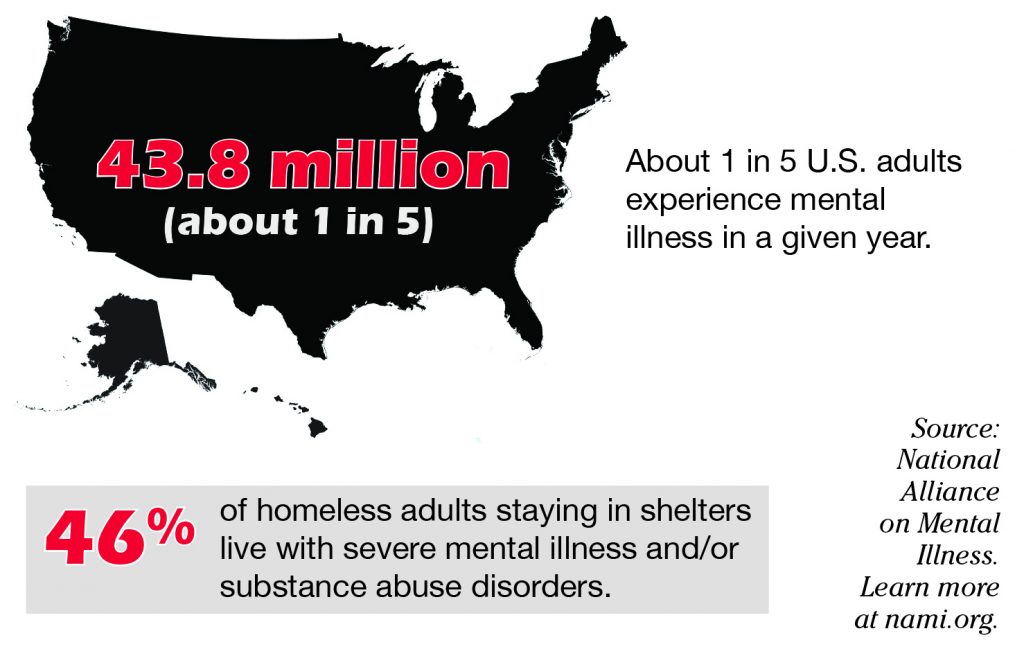