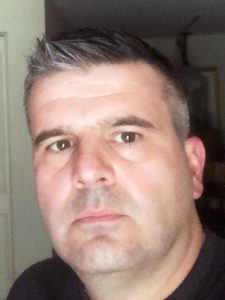 SYRACUSE — On a Saturday, Onondaga County Probation Officer Jason Deuel got a call from a client’s mother, concerned about her son’s well-being after not hearing from him.

If Deuel didn’t pick up his phone on that day off from work, that client could have died.

This particular client was initially considered a low-level case. Months before the call from the client’s mother, Deuel, who works the department’s DWI Unit, performed a home visit.

“He was conscious, but he didn’t really know what day it was and he was a little groggy,” Deuel said. “I called 911 and the paramedics assessed him and he came around, but he refused to go to the hospital.”

Because of that incident, Deuel raised the case to a medium level, which requires more supervision by probation staff. Before the pandemic, probationers often visited offices, but now home visits and drug screenings are the norm.

Months after that visit, Deuel got the call from the client’s mother. Despite being off from work, he paid the client a home visit.

“I went to his house; his mom said his door would be open,” Deuel said. “I knocked and there was no answer. The door was open, [so I went in]and he was laying on the couch. He was breathing, but he was non-responsive. I called 911 and they were able to revive him with some pretty aggressive sternum rubs.”

Deuel noted that the client had been drinking and was taking prescription medications. He stayed in the hospital for at least four days.

“Dealing with people who have drug and substance issues is difficult,” Deuel said. “If his mom couldn’t have gotten a hold of me that day or would have just called my office phone and not my cell phone, who knows what might have happened.”

Deuel usually has between 60 and 70 clients at any given time, but makes sure to take notes and keep track of all of them equally.

“I enjoy working with the people and when they succeed,” Deuel said. “When we’re able to get them an early discharge, complete drug treatment, or find employment and suitable housing; it’s enjoyable to get them through that process.” 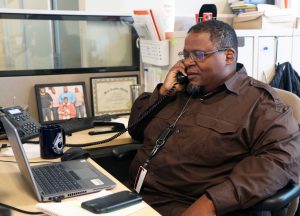 Onondaga County Probation Officer Nate Brown checks in with a client on the phone. 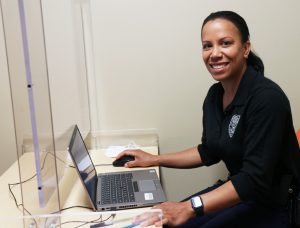 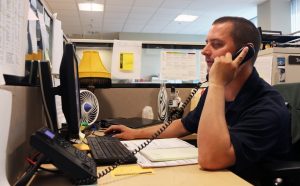 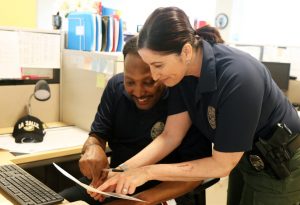 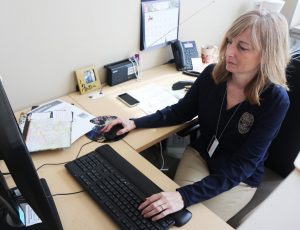 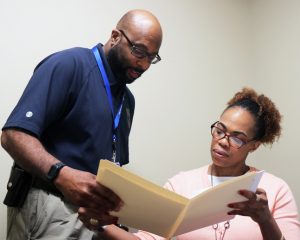 Onondaga County Probation Officers Dana Jackson and Michelle Millender, who have been working together for 20 years, collaborate on the day’s schedule of client visits.