The group voted to join CSEA by an overwhelming majority.

The new members were eager to join our union because they are seeking parity with the full-time Longwood Library workers CSEA already represents.

“We [part-time workers] saw that the full-time workers were receiving the benefits of a union contract and had things like paid holidays and we want that, too,” said Organizing Committee Member Deborah Scheurich.

For years, workers spoke on and off about issues at the library that they felt needed further attention. Somehow those conversations had never materialized into forming a union.

That is, until Scheurich decided to take the initial step to contact CSEA about organizing a part-time unit at the Library.

Soon after, CSEA assigned an organizer to the group and Scheurich began approaching other part-time workers to join the organizing team.

Most library workers were excited to hear that their unit was in the process of joining CSEA. In fact, the organizing team was primarily greeted with a “thank you” for their organizing efforts. A few people appeared to be nervous to organize a union, but there was generally no opposition.

In fact, most workers were so ready to be CSEA members that more than two-thirds of the part-time library workers filled out CSEA authorization cards in a week. Shortly after, that number increased to nearly the full group.

A strategic plan
The organizing team was strategic in the way that they approached potential members.

The group categorized their colleagues in terms of the most to least interested in union membership. Then they began to ask their co-workers to sign the cards based on that person’s initial interest.

During the process, the group kept each other motivated with a text chain, where they would congratulate each other for every card they got signed.

The organizing team plans on using surveys and word-of-mouth to establish issues workers would like to see addressed at the bargaining table.

At the top of their list is establishing transparency for policies and procedures, as well as establishing pay scales for themselves.

The committee is fortunate enough to have a member of their organizing committee who can help them flesh out contract points, based on her prior knowledge as a full-time unit union member.

“I was on the Longwood Public Library Unit Board for several years,” said Longwood Library Organizing Committee Member Rebecca Goldstein. “We had a beautiful contract with step charts for every position that we could easily look at it to see what we can expect, in order to make plans for our lives accordingly. [The part-time workers don’t] have anything along those lines. What we’re getting is arbitrarily decided by the library [management].”

There are a few more people with union experience on the organizing committee, but others did not join with that skillset, which is why the group is thankful for the guidance of CSEA Organizer Jessica Riley.

“Jessica walked us through everything, step-by-step,” said CSEA Longwood Library Organizing Team Member Tory Young. “She tempered our expectations when needed and let us know when we should be excited about something. Jessica was an excellent resource for us when we needed help or had questions.”
From Riley’s perspective, the organizing team did not need much assistance. She noted that the workers’ instincts were ‘spot on’ and they intuitively knew to use consensus decision making, so the best organizing ideas won out.

“They were naturals,” Riley said.

Preparing for first contract
The committee is further preparing for contract negotiations by reviewing other library workers’ contracts to see what benefits they are receiving and to pinpoint the best language to use in their contract.

Luckily, the Longwood Library Board of Trustees was supportive of the members organizing.
“The director told me that the library board voted unanimously
to recognize CSEA as the part-time workers’ union,” said Scheurich. “One board member even said something like, ‘it’s about time.’”

If there’s one thing that the organizing committee has learned from their organizing experience, it is that workers should not be afraid to speak up.

“If you think that your workplace could use some improvement, don’t be afraid to try to be the one to make it better,” said Young. “Organizing a union at your worksite really isn’t that hard. Once you take the initial steps, there’s really no reason not to [form a union].” 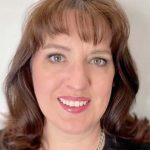 “When I was approached to join the committee to organize a part-time unit, I thought it was an excellent idea. A majority of our staff is made up of part-time workers and I felt it was important that we have a united voice.” 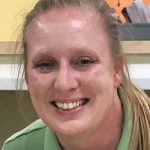 “As a 20-plus year veteran of law enforcement, I have a strong desire to help everyone and advocate for people’s voices and concerns to be heard and addressed in the workplace. I am excited to be a part of this committee and welcome the challenges and benefits it will bring.”

“I grew up working at the library, from my first job as a teen to starting my career, so it’s important to me that it become the best workplace it can be for all employees. This union is the first step in making that a reality and I’m so excited to have the chance to be part of it.” 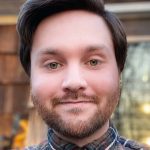 “I’ve been working at the library for years, and once I got wind of the union forming,
I had to get involved. The library is a wonderful institution and I’m excited to
be a part of the movement to make it the best workplace it can be.”