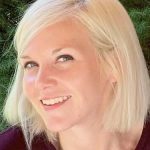 SYRACUSE — Thanks to action by our union, Onondaga County employees recently gained justice for workers who had lost the option for overtime pay.

When Julie Cook started at the county’s Board of Elections in 2005, she said that department employees were given the option to get paid for overtime or receive compensation time.

Following a round of layoffs a few years later, Cook said that option was taken away. County employees were forced to take compensation time for overtime worked.

Unknown to Cook at that time, this policy change was a direct violation of CSEA’s agreement with the county.

Cook said she initially didn’t think too much about losing the overtime pay option, but she quickly noticed how it began to negatively affect her department.

“At the Board of Elections, there’s times we can’t take time off, which is normally the summer,” Cook said. “We really can only take time off in the winter, and who wants to do that? It would just cycle us into more overtime because people would scramble to take their time and then we would get behind, and it would just keep going on like that.”

When Cook was promoted to the administrative assistant for the BOE’s Democratic Commissioner, she began to start pressuring management that it didn’t seem right they weren’t able to get paid out for overtime.

“It was such a long, frustrating struggle to me,” Cook said. “It just seemed like people were scared to go over budget and we were all being taken advantage of in that way.” 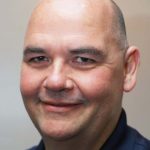 In 2019, Cook emailed CSEA Onondaga County Local President Dan Vadala and her labor relations specialist to address the problem in her department. The union filed a grievance against the county.
When the union examined the scope of the issue through the grievance process, they found multiple departments and hundreds of employees had been affected.

“There’s a reason why we negotiate a union contract,” Vadala said. “We expect it to be followed on all sides. When it’s not followed by the employer, we go to bat for the membership.”

Onondaga County Executive Ryan McMahon froze the ability to cash out compensation time balances in fall 2019 to calculate the liability this would have on the county.

At that time, county officials did not want to order departments to discontinue the practice until they could calculate the full financial impact.

“I guess my take on it is whether or not our department heads were taking advantage of our naiveté about our contract or they were getting pressured by someone above them, that it’s up to us to know our contract,” Cook said.

By the end of 2019, the county determined that the liability could exceed $1 million and advised CSEA that they’d be willing to settle. Settlement negotiations started in 2020 and were progressing until the COVID-19 pandemic delayed them.

In March 2021, CSEA settled on an agreement with the county, which paid out cash payments for employees that were impacted

Cook was paid for 236 hours and was grateful for the victory, but still stresses the importance of knowing your contract inside and out.

“Certainly, this was a learning experience,” Cook said. “Since all of this, we changed our procedures. I’m super thankful for CSEA for fighting for us.”