HRI workers, who are private sector, work at health facilities throughout New York and conduct important research in collaboration with the state Department of Health and Roswell Park Cancer Institute. CSEA members employed at HRI are covered under two locals: HRI — Albany Division, which covers members in the Capital and Metropolitan Regions and Health Research Inc. (Buffalo), which covers HRI employees based at the Roswell Park Memorial Institute campus.

The HRI members’ new three-year contract includes percentage wage increases each year of the agreement, and a big win in getting management to pick up more of their health insurance premium costs this year, which is a big savings for the workers.

Due largely to COVID-19 gathering restrictions, negotiations were challenging. 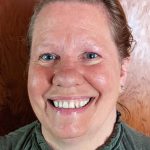 “This was one of our most difficult negotiations,” said HRI-Albany Division Local President Deborah Hanna.

“It was a challenge on so many levels. Not only were our negotiations virtual with management, but we conducted member contract surveys virtually, held contract status meetings virtually, used a virtual survey platform to reinforce our message with member support at the negotiating table and finally conducted the contract ratification process virtually.” 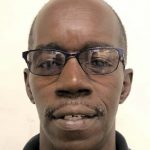 “This contract was tougher than usual,” Health Research Inc. (Buffalo) Local President Jeffrey Frasier said. “While we didn’t get everything we wanted, we did walk away with more money in our member’s pockets and we did not lose benefits. Every gain is a positive thing.”

“Our negotiating team is made up of members that get the same contract benefits,” said Nancy Davidson, HRI-Albany Division Local Treasurer. “We put our energy into getting the best possible deal with lots of input from our members. It is hard work, but worth it when we maximize benefits and improve salaries!”
Despite the challenges of virtual negotiations, union members still not only won a fair contract, but strengthened the local.

Members of both locals were very excited about the contract.

“For so many years, whatever our raises were never felt like one because health insurance premiums also increased each year and took a big bite out of salary,” said Corleta Cummings, a Health Research Inc. (Buffalo) Local member. “I am so appreciative to our union for what they have done in this recent contract negotiations to help employees take home a little more pay.”

The workers also strengthened their union.

“Due to all these factors, we have a stronger, more involved local and a contract that maximized the take-home pay for our members which is a win at the end of a year with our membership working above and beyond to stop COVID,” Hanna said.