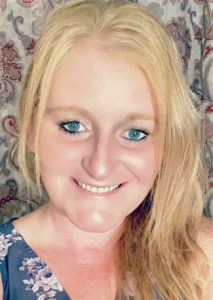 ALDEN — CSEA Western New York DDSO Local members are being honored for their quick actions in saving individuals’ lives after a fire broke out at an state Office For People With Developmental Disabilities residential facility in Alden.

“I just did for these [individuals]what I would do for my own family,” said Elizabeth Davison, a direct support assistant at the Westcott facility, where the fire occurred.

Davison and Tammy Yarington, also a direct support assistant, were on duty on January 22 when a fire broke out around 11:15 pm on the upper floor of the facility.

Davison smelled a chemical burning odor and ran up the stairs, racing past an individual at the top of the stairs to find that fire had broken out in one of the rooms.

“When it started, I just wanted to get the [individuals]out of the house and get the fire out, so it didn’t escalate,” said Davison. “It’s scary, especially when fire is one of your worst fears, but you don’t want to see anyone get hurt and lose their belongings that mean so much to them.”

Yarington was able to quickly evacuate the residents and call 911 while Davison ran back up the stairs with a fire extinguisher to try to slow down the fire. Davison was able to slow down the fire, but the smoke started affecting her. After making sure everyone was safely out of the home, she evacuated. Meanwhile, Yarington got the individuals into a facility van for warmth while emergency crews arrived.

Keyshawn Crawford, also a direct support assistant at the home, had just finished his shift when he got a call from Davison asking him to return.

He immediately returned to the scene to help his co-workers ensure the individuals were safe, including placing one individual into his own vehicle to keep him warm.

He also helped Davision, who suffered from smoke inhalation, by lending her his coat while she was being treated and spoke with emergency responders.

“I was just being a team player,” said Crawford.

Davison said she was told it could be up to a year or longer before the home is remodeled and reopened.

In the meantime, the individuals and the workers who care for them have been placed in other facilities. Davison praised Yarington and Crawford for their actions and assistance in protecting the individuals who were at the home.

“I would like to thank Liz, Tammy and Keyshawn for putting their own lives in jeopardy to save others. They are truly heroes!” said CSEA Western New York DDSO Local President Colleen Hosie. “Their actions are representative of the self-sacrificing CSEA members we have working here in our facilities.”

“Liz, Tammy and Keyshawn went above and beyond, placing themselves at risk to protect those they are responsible to care for,” said Western Region President Steve Healy. “They deserve our praise and respect for their quick thinking and actions.”