Trending
You are at:Home»CSEA fought and won»Union gets justice for county first responders

MINEOLA — CSEA Nassau County members and retirees employed in some first responder titles recently got justice, while their employer got a wakeup call from our union.

CSEA recently obtained a $4.9 million settlement against the county for the county’s failure to pay workers overtime, requiring members to work three extra days per year and paying incorrect overtime rates for the additional workdays.

When the information was presented to the judge, he saw that Nassau County’s violations were apparent and suggested the county settle with CSEA. The two sides then met with a mediator. After 10 hours of negotiations, an agreement was reached.

In addition to the monetary settlement, Nassau County agreed to jointly support legislation that will, if passed, confer peace officer status on the affected workers. As this edition went to press, such legislation has not yet been introduced. CSEA members who work more than 40 hours a week will now be paid their proper overtime rate. 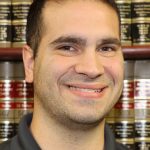 “It took a bit longer to reach a settlement because COVID slowed down the courts system,” said Nassau County Local 2nd Vice President Kris Kalender, who serves as the unit president.

The years-long fight for this settlement is yet another way that having a union helps workers gain justice. As this case was being fought, many of the affected workers were tirelessly doing their jobs on the front lines during the height of the pandemic.

Documentation helped seal CSEA’s victory. “We collected everyone’s time sheets, starting from 2013 until 2016, when we filed,” Kalender said. “We also collected the calendars, which tracked the hours we worked and for what reason, along with any other paperwork that would support our lawsuit.” CSEA has filed other lawsuits against the county that will impact all Nassau County Local members. All of them involve overtime, longevity or improper payments of service. Kalender believes that having “boots on the ground” is important in every local. “People have to call their representatives and tell them what’s going on at their worksite, even if it seems like nothing,” he said. “We could start checking into it and find out the situation is a much bigger issue than you thought. It’s up to all of us to work together collectively to protect CSEA’s workforce.”