SYOSSET — At a time when the ever-increasing attacks on unions are chipping away at workers’ rights, joining a union is most workers’ only way to defend themselves against unscrupulous employers.

That fact is never forgotten in the CSEA Oyster Bay Local, where organizing efforts are active and ongoing. 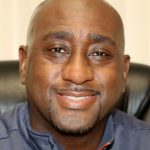 A few short years ago, Oyster Bay Local President Jarvis T. Brown was key to a CSEA organizing victory when he and other workers defeated a powerful anti-union employer and successfully organized our union’s SCO Family of Services Local.

“Monica told me that she had a group who wanted to be organized because they’re tired of being looked over and pushed around by management,” said Brown. “I met with the aides and monitors and told them that if they are serious about organizing, I’m here to help.”

Brown recounted a meeting he had with the aides and monitors. In his straightforward style, Brown asked the group, ‘How bad do you want it?’ The group went wild, yelling, “We want it!” They were not kidding.

Brown gave attendees two days to get membership cards signed. The aides and monitors had the task completed the following day.

Rottino also played an important role in the organizing effort due to his previously cultivated relationship with the Oyster Bay-East Norwich School District superintendent.

Rottino was able to quickly get meetings with town administrators to explain the importance of the aides and monitors organizing. The entire path to organizing the unit took only a few months.

The keys to organizing

In his efforts as a volunteer member organizer, Brown has learned a few key ingredients to success.

“There has to be one person who takes the role of communication, education, prioritization and facilitating the active plan,” said Brown. “You can’t have too many people in the pot.” 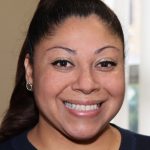 “At times, workers can be discouraged when they’re organizing,” said Johnson. “That’s why Jarvis’s follow-up skills and ability to stay on top of the day-to-day responsibilities of organizing is vital to his success.”

Setting a date for tasks to be completed helps everyone involved in the organizing process to stay accountable.

Brown is adamant that whoever takes on the leadership role must have an excellent team behind them, as he does.

“There’s no way that I could physically do everything that I need to do without them [the officers that work alongside Brown in the Oyster Bay Local office],” said Brown. “Nobody can touch them in terms of performance.”

For their part, the CSEA Oyster Bay Local officers act as clerical and informational support for Brown’s efforts. 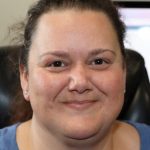 Thinking beyond the legwork of organizing and looking to the emotional aspect is also key.

“People are looking for a leader, for someone to believe in,” said Brown. “If you can be that person, they will follow you to the mountain top.”

Brown said that he is adamant that “unionism can’t stop because of COVID.” 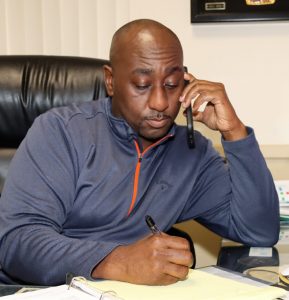 “At no point during this pandemic have corporate interest groups stopped pushing their anti-union rhetoric,” said Brown. “Our organizing and member engagement efforts have to be as consistent as their attacks. We have to re-energize because we can’t afford to do nothing.”

It is a natural fit for officers to be key figures in organizing due to their ability to relate to possible members as well as their proximity to them.

“CSEA has a great Organizing Department, but they’re not always here in the region,” said Johnson. “Members need something more tangible, someone that is more readily available to them and has firsthand knowledge of the challenges faced in the workplace.”