Trending
You are at:Home»CSEA Regions»Long Island Region»Working together in solidarity paves step in right direction

Working together in solidarity paves step in right direction 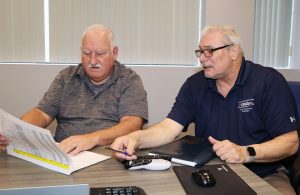 After working without a contract for 1,000 days, unit members decided it was time to make a big move. They decided to hold a rally, which was promising to be a big display of union power.

“Management in the village has no use for unions,” said CSEA Nassau County Municipal Employees Local President John Shepherd. “They have one of the worst anti-union law firms in the country representing them.”

Local and region officers and activists stepped in to help the unit.

At a region meeting, CSEA Long Island Region President Jerry Laricchiuta and Shepherd urged officers and activists to attend the rally and bring other people.

CSEA Long Island Region Director Miguel Cruz also lent support. He told Shepherd he would, “Do whatever I can to help out. Need a food truck there? No problem. Need me to take a few people out after the rally for a debrief? No problem. Whatever you need.”

Local and unit officers understand that some members were concerned about potential retaliation from management, which is why support from other locals and units is critical to holding a successful event. Members employed by a different municipality would not be in reach for management in the municipality where the rally is being held.

The rally was scheduled the day of a recent village board meeting at which Laricchiuta, Shepherd and Village of Rockville Centre Blue Collar Unit President Matt Flaherty would address village officials.

“I let management know that there was a storm coming and the name of the storm is CSEA,” said Shepherd. “I said that we are relentless and we’re not going to stop until we get a fair contract for our members.”

Then, after weeks of planning, something unexpected happened.

Just six short hours before the rally was supposed to take place, CSEA Labor Relations Specialist Jim Dellarocca, who represents the village unit, called Shepherd to inform him that there may be a deal with management.

“What a coincidence,” said Shepherd. “After 1,000 days without a contract and hours before our rally, all of a sudden management is serious about coming to an agreement with CSEA.”

Upon hearing the news, the local canceled the rally due to management’s step in the right direction.

Shepherd said his one disappointment is that Flaherty did not get to address the village board and give, what Shepherd describes as, “the best speech that was never given.”

“One of his lines is, ‘I’ve never claimed to be a hero, but I work with heroes, I represent heroes, I stand shoulder to shoulder with heroes and I say enough with the zeroes,’” said Shepherd. “I give speeches for a living and that gives me a run for my money.”