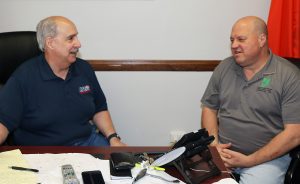 CSEA joined with other unions representing Nassau County employees to secure millions in longevity payments to be split among the county’s unionized workers.

The Nassau County Interim Finance Authority (NIFA), which oversees the county’s finances, began the longevity freezes in 2011, claiming fiscal crisis. That is when the long battle to restore longevity payments began.

Unions entered an agreement with Nassau County to continue the longevity freeze from 2014 to 2018 in exchange for the continuation of salary increases, step increases and other financial increases for members. The former Nassau County Executive also agreed to return longevity to county union members starting in 2018. The county would then take half of the longevity payments that they owed members for the first year and put it into termination pay to grant the county financial padding.

After taking office in 2018, former Nassau County Executive Laura Curran was opposed to the previous administration’s agreement, taking CSEA and the county’s other unions to court to fight against making the payments.

The courts ordered the case to go to arbitration. After the union and county agreed on an arbitrator and dates, the arbitration was placed on hold by a transfer of power in the county, when Curran lost re-election to Bruce Blakeman in 2021.

After the arbitration was placed on hold, the Blakeman administration wished to resolve the case by mediation and the unions agreed.

“In this new agreement, CSEA was able to get 72.2% of the original longevity amount that we were originally promised and 50% of the retro payments,” said CSEA Nassau County Local President Ron Gurrieri. “The county received money from the government so it is fiscally solvent enough to make the payments.”

All of the unions in Nassau County had their longevity payments frozen simultaneously and are now all unfrozen. Although it was a NIFA requirement for all county unions to negotiate longevity payments as a collective, it wound up being beneficial for CSEA because it gave our union additional power and support.

Gurrieri and other local officers were able to garner member support for the longevity agreement by keeping members informed through regular email blasts.

“By keeping members informed, they understood what CSEA was up against and why it was taking so much time to resolve the situation,” said Gurrieri. “With email blasts, I can update members as the local is informed. There is no wait time. Of course, we had some occasional negative feedback, but members were generally with us all the way. They wanted to be informed.”

The lawsuit did not affect Nassau County Local members at several departments.

“It’s important to know that CSEA members working in Nassau Community College, A Holly Patterson Extended Care Facility and Nassau County Medical Center were not frozen,” said Gurrieri. “The college has a different pay schedule and are tripartite funded. A Holly Patterson and the hospital have individual contracts.”

Of the CSEA members slated to receive a payment, it is expected that the largest amount will be about $8,000.

Now that the longevity fight has been won, the Nassau County Local is looking towards the future.

“This is one less fight ahead of us,” said Gurrieri. “Now, we prepare for the fights ahead, including contract negotiations.”