Trending
You are at:Home»Statewide»Still strong after 112 years

As we mark our union’s 112th anniversary this year, we are still committed to the same core values that helped us form our union, including fighting for fair pay, strong benefits, retirement security and safer working conditions. While the fight continues in our second century, we are stronger than ever. 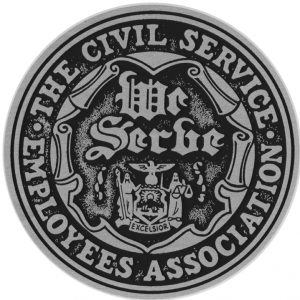 The newspaper also reported that state workers had been considering the idea of forming the Association for months. “When the subject was broached several months ago as to the advisability of forming State civil service employees into an association, the question was raised as to who could be relied upon to take the initial steps to perform the arduous task of developing the plan and perfecting the details of its consummation…Those who were at first reluctant to join now admit its advantage,” the newspaper reported, as recounted in the January/ February 1933 State Employee magazine.

More than a century after our union formed, CSEA is still fighting for fair pay, strong benefits, retirement security and safer working conditions. While the fight continues in our second century, we are stronger than ever.