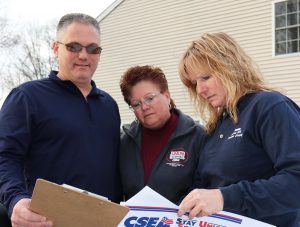 CARMEL — While the Janus v. AFSCME Council 31 case is behind us, the need for one-on-one conversations with our members hasn’t changed.

That’s what activists from the Putnam County Local, volunteers from other locals, and staff confirmed when they spent three days in mid-March knocking on doors and visiting with members at their homes, an opportunity that allowed us to answer questions and hear feedback from members while making sure they’re also aware of the vast resources available to them through our union.

“We were excited to be part of this interactive movement to connect with our brothers and sisters,” said Putnam County Local President Jane Meunier. “We were able to hear a lot of positive comments about being union, get numerous recommitment cards signed, and also identify some issues that need to be addressed. After the blitz, we feel stronger than ever and like a force to be reckoned with.” 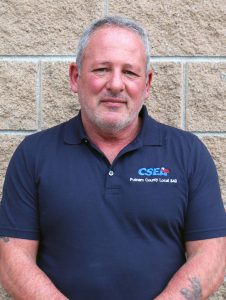 Haldane School District Unit President Anthony Stronconi was one of the unit presidents from the Putnam County Local volunteering for our member engagement blitz there.

Members receiving home visits had the opportunity to share their thoughts and ask questions they might not raise in a group setting such as a membership meeting. The outreach also allowed for two-way conversations reinforcing the importance of being union.

“When you’re part of anything, whether it’s a union or a sports team, you’re always stronger when you work together,” said Haldane School District Unit President Anthony Stronconi, who volunteered for his first blitz.

“Until I was 50, I always worked in construction. If I was out of work, I wasn’t getting paid. It gives me a true appreciation for what we have because we’re union.”

“Whether it’s a bargaining unit with only a handful of people or a group that is thousands strong, every member deserves one-on-one outreach, which helps us build a stronger CSEA,” Riccaldo said. 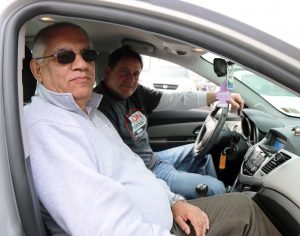