CSEA members have been meeting with state Department of Motor Vehicles (DMV) management as part of a workgroup designed to solve safety and health issues that put Motor Vehicle License Examiners (MVLEs) at risk for serious injury or harm.

The examiners conduct road tests both for the traveling public and truck drivers seeking CDL licenses. Often, the MVLEs’ worksites are located in parking lots or on streets in crowded cities and sparsely-populated rural areas across the state.

MVLEs often work alone at rural locations. Even at test locations that also employ several examiners, they cannot ask co-workers or supervisors to accompany them on road tests.

Over the years, workplace violence complaints have accumulated due to their isolated working conditions. Current DMV policy forces MVLEs to personally hand-deliver the news of pass/fail to test-takers immediately following the conclusion of the test while seated in the tester’s vehicle. This policy is known as “instant notification.”

CSEA has opposed this method of instant notification for years, because it puts MVLEs in danger every day and may violate the state Workplace Violence Prevention Law.

To demonstrate its prevalence, CSEA suggested a survey to reveal how often and to what degree MVLEs face this danger.

Union and management representatives applied for a health and safety grant from the NYS & CSEA Partnership for Education and Training to conduct a survey and design de-escalation training for MVLEs.

At a March 2019 meeting with DMV management, CSEA representatives were given a draft survey. After reviewing, CSEA recommended changes to some questions to get clearer results.

In June, our union found out that the survey was distributed, but also learned that most examiners had not been told the survey was available or where to complete it.

“There had been no announcement to MVLEs of the existence and location of the survey, and no evidence that it was being promoted,” said CSEA Deputy Director of State Operations Susan Radosh. “So, CSEA sent out an email to all DMV Local presidents and the MVLE workgroup, who all jumped into action sharing the survey location and promoting it with the rank and file to ensure a good sample.”

The findings were staggering.

Motor Vehicle License Examiners use these devices to inform road test-takers whether they have passed or failed the test.

Specifically, the survey revealed that more than 50 percent of the respondents experienced instances of workplace violence, including being kidnapped, slapped and/or punched, screamed at and or verbally threatened with physical violence by road test-takers. More than 75 percent of those respondents who had reported experiencing workplace violence, pointed out that the violence or threat of violence occurred after informing the test taker they had failed the road test and while seated in the test taker’s vehicle.

These numbers demonstrate that DMV’s policy of instant notification for drivers’ tests, puts the lives and safety of the agency’s MVLEs unnecessarily at risk. 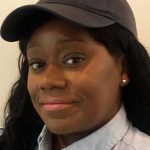 “We are incredibly vulnerable,” said Dawn Destine, a motor vehicle license examiner in New York City and CSEA activist who is part of the joint CSEA workgroup. “We are confined to a small space and have to deliver bad news to people who at times may have everything riding on passing the test or may just be unstable.”

“The current policy doesn’t allow for MVLEs to even process or deal with a [violent]incident because the expectation is that they move right on to take the next customer in line,” said CSEA Motor Vehicle Local President Cindy Stiles, who also chairs the MVLE workgroup. “Currently, there are no supports in place if something does happen and the safety and health policy doesn’t go far enough to protect them.”
Our members have harrowing stories of incidents that have happened to co-workers and themselves.

“I would like to extend my sympathy to CSEA member Sara Showens, who was recently physically assaulted after informing an applicant he failed the road test,” Destine said. “I can only imagine what she is going through, physically, emotionally, legally and in ways words cannot describe. This is not how a day at work should end!”

Since the survey results were revealed, management has worked with a private firm to create the in-person de-escalation training that will be rolled out to MVLEs across the state, but DMV has not agreed to change the instant notification policy. 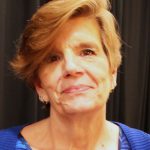 “MVLEs are often in the middle of nowhere, getting into a car with a stranger,” Stiles said. “We serve the public. It could be anyone. We don’t know if someone intends harm. We don’t know if they can’t handle the news that they failed, but we do know that being in the car to give the news right then and there is what needs to change.”

“They need to listen to us and understand some actions of the public can’t be controlled. We need safeguards in place,” Destine said. I’m so thankful for our union giving us the seat at the table.”