Trending
You are at:Home»CSEA Regions»Central Region»Freezin’ for a reason: Our members take the Polar Plunge

Freezin’ for a reason: Our members take the Polar Plunge 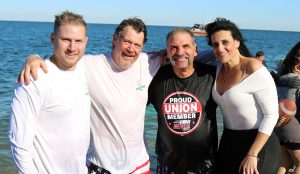 CSEA members in our Long Island, Central and Western regions recently participated in Polar Plunges in their regions to raise money for Special Olympics New York.

On Long Island, the self-proclaimed ‘CSEA Crazies’ took a cold dip into the waters off Cedar Beach in the Town of Brookhaven. Our members raised about $2,000 through donations, t-shirts sales and food sales on the day of the event.

In our Central Region, the CSEA CNY Polar Peeps represented at the Oneida Shores Polar Plunge on December 8. The team was faced with a twist this year but managed to rise to the challenge. 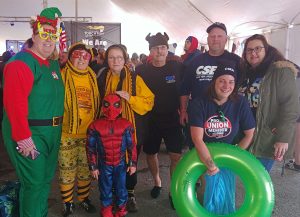 The ice on Oneida Lake wasn’t broken up, so participants weren’t able to take the traditional Polar Plunge. Instead, a local fire department sprayed water from the top of the truck’s ladder in a non-traditional “polar shower.” To date, the region has raised more than $12,000 through plunges in Binghamton, Massena and Syracuse.

In Buffalo, dozens of Western Region members plunged into Lake Erie as our union’s first-ever team at the Buffalo Polar Plunge. Our members have participated in the Rochester Polar Plunge for years and will do so again when that event is held in February. To date, the region has raised more than $6,000 for the Special Olympics New York. 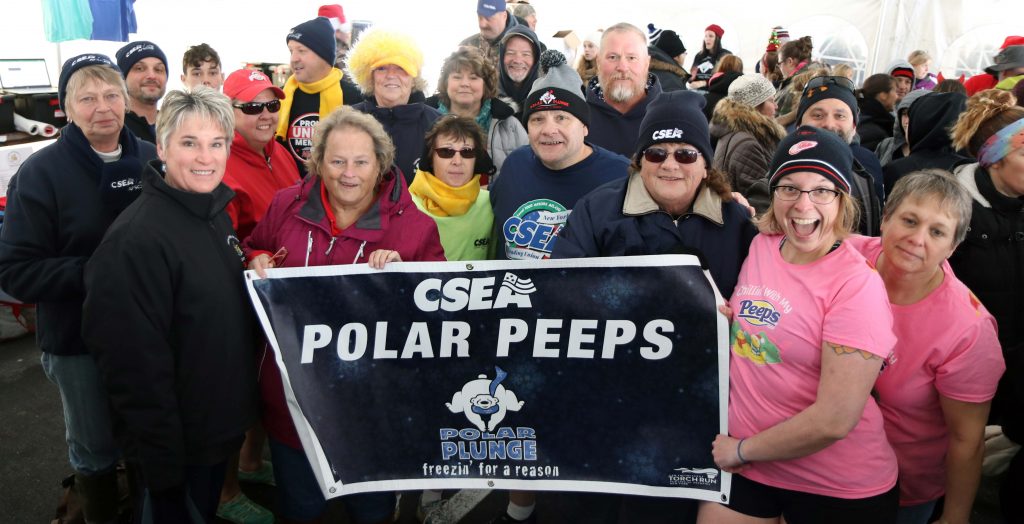