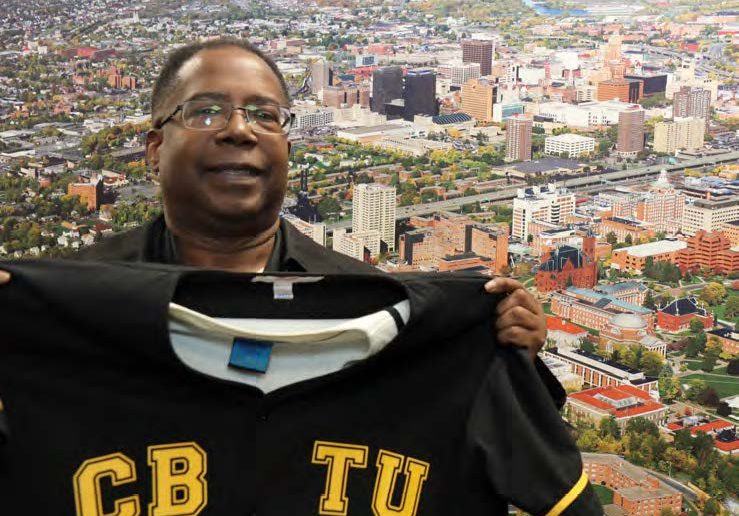 SYRACUSE — CSEA members working to revive the Central New York Coalition of Black Trade Unionists (CBTU) chapter, now have another ally looking out for their needs in their unions and communities.
CSEA Syracuse Area Retirees Local activist King Davis, temporary president of the chapter, has helped to reinstate the charter to bring CBTU back to the Syracuse area for the first time since the late 1990s.

Formerly known as the “Syracuse” chapter, they are calling it the “Central New York” chapter to let people know anyone in the area can join. 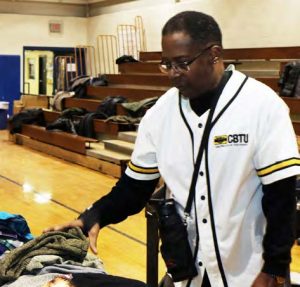 CBTU is an AFL-CIO constituency group that provides a voice for all workers within the framework of a trade union while improving members’ economic development and employment opportunities. CSEA is actively involved in CBTU chapters across New York.

CBTU, which is made up of members of various area unions, plans to accomplish its goal by working with local unions to help advance local communities and their economies. By bringing the community and the unions together, Davis hopes CBTU is able to help all communities in Central New York flourish.

“I don’t believe people have to live in poverty,” Davis said. “There are a lot of opportunities out there that people don’t know about, and my goal is to help people know about those opportunities and try to get as many people above that poverty level as possible.”

“You don’t have to have all this special training and education to get involved in your community,” Davis said. “We really want to let people know that and try to help them the best we can.”

How CBTU started
CBTU began in the early 1970s when more than 1,200 black union officials and rank-and-file members met in Chicago to talk about the role of black trade unionists in the labor movement and the issues facing the black community throughout the country.

The founders of the organization, including former AFSCME International Secretary-Treasurer William Lucy, were concerned that black trade unionists’ voices weren’t being heard.

Since its inception, CBTU has worked tirelessly to enhance the influence and power of black workers in the union movement and in their communities.

“Things have changed and have gotten better, but we are still so far behind and we’re trying to make people realize that there’s a long way to go,” Davis said. “A lot of people don’t realize there are a lot of things out there they can achieve or things that they could be doing. Our main goal is to let people know who we are, what we are, and how we’re here to help.”

CBTU opens doors
Davis worked for the New York State Workers’ Compensation Board for about 30 years before retiring in 2015. While he worked, Davis served as our Syracuse State Employees Local President and was involved with the earlier CBTU chapter.

Davis said that his involvement in our union and CBTU has allowed him to meet with political, religious and social leaders about issues concerning working people.

“Because of CBTU and because of unions in general, [doors were opened]to me that wouldn’t have been opened up if I hadn’t been a part of our union or CBTU,” Davis said.

Davis admits the name of the organization makes it seem like you have to be a black union member to get involved, but that’s not the case.

“The only thing is you have to be a union member and interested in helping the black, poor and minority communities,” Davis said. “[Those are] our only requirements.”

Davis is committed to helping everyone whether that be through political action, assisting with community service, or just listening to the needs of the community.

Just like any movement, participation is the key to success.

“Even union people will say ‘Well, you’re the officer, we elected you to do this,’” Davis said. “And I say, ‘yeah, I could go do this by myself, but wouldn’t it really look awesome if like 50 of us showed up to the office to let them know what we’re thinking about?’”

The chapter’s next meeting — open to all union members — is at 5:30 p.m. on Tuesday, February 18, at 450 West Kirkpatrick Street in Syracuse. Meetings will be held on the third Tuesday of every month.