Trending
You are at:Home»Black History Month»Fighting for Equality: For Davis, activism is personal

Fighting for Equality: For Davis, activism is personal 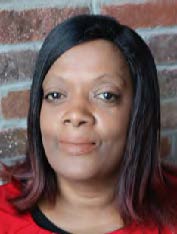 Editor’s note: CSEA recognizes and applauds the meaningful contributions our members make in the labor community through profiles of constituency groups they work with. In this edition, we are highlighting a few of our activists who are making a difference for working people through their work with CBTU.

Davis, a graduate of CSEA’s Leadership Education and Development (LEAD) Program that mentors future union activists, also serves as our state Taxation and Finance (Albany) Local Secretary, as well as numerous region and statewide committees. For her labor activism, Davis was recently honored with the President’s Award from the Capital District Area Labor Federation.

Therese Assalian (TA): You started work with New York State in 1989. Tell me about your entry into activism.

Shana Davis (SD): Activism for me started out very personal. In 1963, my mom, while pregnant with me, was in [Washington] D.C. for the March on Washington. She always shared stories of those who fought for racial justice and how extreme the consequences were. I’m thinking of Medgar Evers and Martin Luther King Jr.

When President Kennedy was assassinated, my mom called the White House and spoke with the first lady. So, politics was huge in our home. The news was always on and there were many political discussions growing up.

In the early part of my career, I was busy raising young kids and pretty complacent. In 1991, my brother was killed in a controversial situation with the Albany police. I began questioning the politics of the city. Our family met with leaders from the city council and the NAACP. For years, my family fought this case all the way to the (state) Supreme Court.

TA: How did you get involved with CBTU?

SD: A co-worker and activist, Willie Terry, invited me to a CBTU meeting on the role of labor in the African American community. It was interesting to see people come together to work directly on issues I was familiar with as a kid. I left the meeting energized. At future meetings, I met grassroots organizers, who taught me more about labor’s intersection with social justice. I was sold.
The training and education that I received through CBTU helps me become a better CSEA activist and helps me represent our members better.

TA: As it relates to social justice issues, we know that women of color experience the most pervasive gender wage gap in this country. What role does union membership play in this issue?

SD: We know that union members have smaller gender and racial pay gaps than non-union workers. But a gap still exists, and it’s something that needs to be discussed. We also know that when the wage gap shrinks, it benefits the wider community at large, not just union members, so there are direct connections to union membership helping all people. Collective bargaining reduces overall economic inequality and that is powerful.

TA: Does that extend to rates of union membership?

SD: Yes. If union membership drops, income inequality rises for everyone. The less money paid out in wages and benefits is more money in the pockets of the wealthy.

TA: What are issues CBTU is tackling right now nationally?

SD: Economic issues of wages and poverty that impact everyone, regardless of race.
Also, voting issues such as suppression, access and driving turnout.

We know union members vote more and by doing so, we can impact policy and legislative change, but we need to ensure access for all. Same for education. Right now, opportunities for education and access to a quality education is far from equal. Also, organizing. The working class and middle class fare better when union membership is higher.

TA: What does your involvement with CBTU mean to you?

SD: Two things come to mind: history and legacy. When I go to a CBTU convention and I see all the people on the dais, I see in those people the history of the fights of every community, every aspect of who I am. It’s very personal.

My grandfather was born on a plantation. When he was 16, he learned his father was the slave owner. It was important to him that his family knew our shared history. Every family reunion, the kids would sit down and listen and hear the stories so they could be passed down as I am doing now.

That’s why I mention legacy. I hope to pass on to my children and grandchildren the stories of standing up for workers, for equity, for rights and for them to hold that as they move forward and build lives for themselves, at the same time, never forgetting where they came from.

The notion of representation is also important. A union member once asked me why we need constituency groups if we are all union members? How well do we in the labor movement represent people if we don’t know or at least try to understand their experiences? Besides CBTU, I’m thinking of [other constituency]groups, including LCLAA, CLUW and Pride at Work. How can we truly say we represent people if we don’t know their experiences and their stories? Everybody has a story.