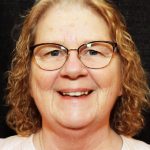 CANTON — When St. Lawrence County Local President Amy Simmons and her negotiating team reached a tentative agreement with the county in early March, the team was unsure what sort of impact the coronavirus would have on the ratification process — or if a ratification vote would even happen.

While local governments across the state were already struggling to fill budget gaps due to shifted Medicaid costs, the loss of sales tax revenue due to the ‘New York State on PAUSE’ created even larger deficits. A number of CSEA negotiations across the state broke down due because localities were afraid to commit to long-term contracts without being able to forecast the financial impact of COVID-19.

Simmons was unsure how to take the next steps in the bargaining process, especially because she and some other county employees began working remotely after the tentative agreement was reached.
County officials called her at home and explained they wanted to be able to finalize the deal at their May 4 meeting. Simmons was, admittedly, doubtful that would even be able to happen.

“At first, I thought I don’t see how that’s possible because in the past we’d do ‘road shows’ where we go explain [the contract]to different groups of people so that I’d feel comfortable everyone understands what they’re voting on,” she said. “And I said, ‘I don’t see how we could possibly do that,’” Simmons said.
But the county was persistent and wanted to work with CSEA to finalize the contract. 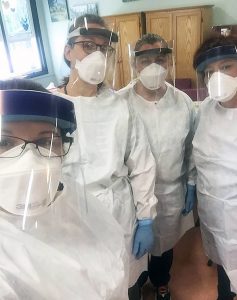 Educating and voting from a distance
The next step in the process was to inform the membership about changes made to the contract. There were 10 pages of information that Simmons needed to send to members — a tough task to fulfill when some employees were working remotely.

The county actually assisted in printing and mailing the contract information — and even the ballots.

Because meeting face-to-face was no longer an option, the county also hosted a number of Zoom meetings on their account to let Simmons field questions from members. CSEA also hosted a call that members could dial into. Over 100 members joined the Zoom meetings or dialed into the information call.

“We were all concerned [about the new methods]but that quickly turned into people being very pleased with the process,” Simmons said. “We didn’t hear one negative comment, but I think people understood it was a good thing to get [the contract]done.”

“It was stressful because of all the unknown. I was worried people wouldn’t vote,” Simmons said. “I was surprised the amount of people that tapped into the Zoom meeting, or a lot on Facebook reached out or texted me, and it was just extremely positive.”

Putting things in perspective
Simmons is aware not every local has been as fortunate in regard to negotiations during the coronavirus pandemic. Even the county was worried about the optics of giving raises while so many people across the state were on unemployment.

“I know people who haven’t seen one damn cent since they went out of work,” she said.
But our St. Lawrence County Local was able to make the best out of what could have been a bad situation.