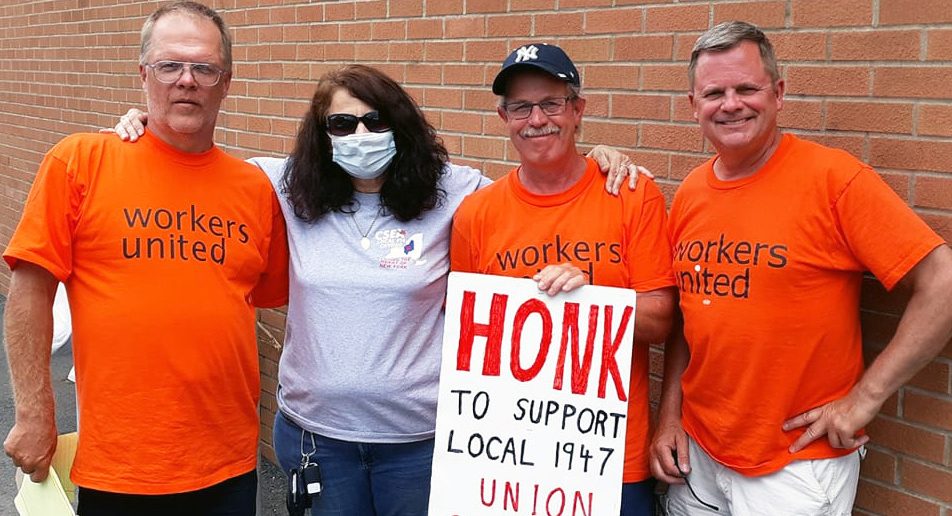 SYRACUSE — CSEA Central Region members have been standing in solidarity with union members in their community who are on strike to demand respect on the job.

Members of Workers United Local 1947 at Babbitt Bearings in Syracuse have been on strike since early June. The employees of the bearings manufacturer are fighting for respect and have only had one 50 cent per hour raise over the last five years, according to the Greater Syracuse Labor Council.

Members of Workers United Local 1947 at Babbitt Bearings in Syracuse have been on strike since the beginning of June. (Photo courtesy of Greater Syracuse Labor Council)

CSEA and other unions in the community have been supporting the striking workers on the picket line.
Onondaga County Local President Dan Vadala is among those who have stopped by to support the striking workers and drop off bags of ice and other supplies — which were needed during the hot and humid June weather.

“They were appreciative of what we did for them,” Vadala said.

Central New York DDSO Local Secretary Kathy Kelly donated water on behalf of her local ahead of the heat wave strikers had to endure.

Kelly, a vocal activist for CSEA and unionism, is also planning on taking some time after work to march on their picket line.

“They’re just asking for respect,” Kelly said. “They feel it’s awesome that other unions and locals are helping out.”

“I’m proud that our Region 5 members have taken the initiative and joined these striking workers in solidarity during this difficult time,” Greenleaf said. “We wish these workers the best and hope they see a fair and honest contract as soon as possible.”

Building union connections through shows of solidarity like those made at the Babbitt Bearings strike only makes for an overall stronger workforce.