Trending
You are at:Home»CSEA Regions»Western Region»Working on NYS Canals: Pride and history significant for CSEA members

ALBION — For many of the CSEA represented employees who maintain and operate New York State’s 524-mile canal system, going to work each day is an easy lift. 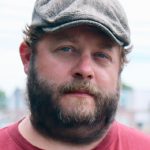 Built by New York state and fully opened in 1825, the Erie Canal is considered a major engineering marvel of the 19th century.

Dating back more than a century, much of the historic canal equipment is still operational and requires significant maintenance and unique skills often performed by second and third-generation CSEA-represented canal employees.

“Every day is a brand-new challenge,” said Crandall. He gets to use all the skills he possesses and then some, including carpentry, electrical work and mechanical engineering, to just about anything that needs attention.

“We have some really talented people here at the Western Erie Canals section, and I know everyone takes a lot of pride in what we do,” said Crandall, who began his Canals career in 2009. “We are problem-solvers. I also love being involved with the union — and I take that job very seriously.”

Crandall was quick to admit the impact of the Erie Canal on the rest of the Empire State can be seen by just looking at a modern road map.

“With the exception of Binghamton and Elmira, every major city in New York falls along the trade route established by the Erie Canal, from New York City to Albany, through Schenectady, Utica and Syracuse, to Rochester and Buffalo,” said Crandall. “Nearly 80 percent of upstate New York’s population lives within 25 miles of the Erie Canal.” 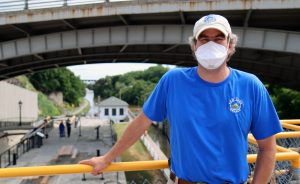 John McKee, the Chief Lock Operator at Locks 34-35 in Lockport, said the history of the canal system still intrigues him to this day.

“Tourists and curious travelers will ask me all sorts of questions about the locks, how they work and what I do,” said McKee. “It’s a real joy to share my insights and knowledge with the public.”

McKee, a CSEA member since 2002, supervises and coordinates activities of lock operators, who open locks and dams on the canal for vessels requiring passage.

He also helps with mooring boats awaiting passage through the canal, raising or lowering water levels, opening and closing gates and valves of locks and dams, operating navigation lights and traffic signals and compiling records of vessels that pass through the locks.

Crandall said lock operators move about 3 million gallons of water into and out of the locks in about five minutes.

While daily operations are going smoothly these days, Crandall said that earlier this year, that certainly wasn’t the case.

“It was a really tough time for us when the [COVID-19] pandemic hit mid-March, and we couldn’t report to our job sites,” said Crandall. “Although strict health and safety protocols where set in place when we eventually returned, it was a big relief for most of us just to be back on the canal doing our jobs. Staggered shifts, social distancing and wearing PPE were the least of our concerns. We were just happy to be back.”