Lucy Eddy, right and John “JJ” Jennings are shown at the Abbott Road House in Ithaca. Eddy was recognized with the AFSCME Never Quit Award for her love of working with individuals with developmental disabilities. (Photo provided)
Awards

By Nicholas Newcomb on March 1, 2021 0 Comments
Lucy Eddy, right and John “JJ” Jennings are shown at the Abbott Road House in Ithaca. Eddy was recognized with the AFSCME Never Quit Award for her love of working with individuals with developmental disabilities. (Photo provided) 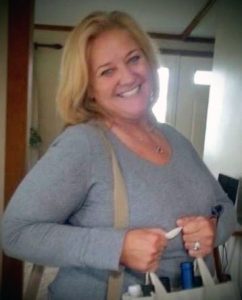 ITHACA — At the Abbott Road House in Ithaca, maintaining the daily schedules of up to 12 individuals with varying levels of intellectual, emotional or developmental disabilities can be challenging — especially when most of the individuals are non-verbal.

“When they’re non-verbal, you just have to know (what they want),” Eddy said. “I do it every single day. It’s the same routine.”

Although that may sound tedious, Eddy approaches the job with a level of dedication, care and compassion that earned her the recognition of AFSCME’s Never Quit Service Award.

“Lucy sets an example for total physical and emotional giving,” said Broome Developmental Center Local member Michael Surace, who nominated Eddy for the award. “Lucy ensures that the individuals are kept busy with in-house activities, trips to the parks and drive-thru outings.”

It’s not just a job to Eddy; it’s something she loves.

“I don’t get a gold star,” Eddy said. “I just get a good feeling in my heart that I know I made a difference in them and made them a better day.”

As much as Eddy says she loves her job, she admits it can be difficult.

“I tell (new staff) if you’re here for a paycheck, don’t bother,” Eddy said. “You have to be here and have love for these [individuals]. A lot of them don’t have family, and we’re all they have.”

Eddy said she would be remiss to not acknowledge that everything that happens at the Abbott Road House is a team effort.

As one would expect, keeping the individuals entertained has been tough with COVID-19 restrictions, quarantines and lockdowns.

“There are some [individuals]who want to go to the mall (and other places) to get stuff and they can’t because of COVID-19,” Eddy said. “How do you explain to a non-verbal person that they aren’t allowed to go into these places? It can be frustrating.”

Eddy and her co-workers at Abbott Road have been working to do anything they can to get the individuals out of the house, whether it’s a trip to the park, going through the drive-thru at Dunkin’ Donuts, or just a quick drive around the block.

Although Eddy and her co-workers have pushed through this past year, it has taken its toll on everyone.

“(During) COVID-19, there’s been times where I’ve said I don’t want to go to work because I don’t know how I feel right now,” Eddy said.

But Eddy and her co-workers at Abbott Road continue to serve the individuals with an incomparable level of care.