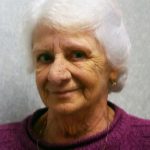 Editor’s Note: In this new feature, CSEA Retiree members discuss their time as a working CSEA member as well as what they are up to in retirement. First up is Mary Lou Dunning, who tells us about her service as a Chautauqua County Local activist and now as a Buffalo-Niagara Frontire Retirees Local activist. If you would like to be featured, contact us at 800-342-4146.

From Mary Lou:
“I joined CSEA in September 1980, when I began my employment for Chautauqua County in the Department of Social Services. I started as a Typist II, was a microfilm technician and retired in January 2004 as a community services worker.

I was asked to be the Chautauqua County Unit secretary. Along with that, I became steward and was secretary to the unit’s Steward Committee. I served on the events planning committee and contract negotiation team.

A few years later, I was asked to be the Chautauqua County Local secretary. While serving as both the unit and local secretary, I was a member of the local Political Action Committee. I was appointed by the local as a delegate to the Dunkirk Area Labor Council and served until my retirement as the council’s secretary.

After I retired, I joined the Erie and Niagara Retiree Local 903, Unit 3 and am currently the unit secretary. I was assigned to the recently formed Retiree Recruitment Committee. I also continue to be a member of the Chautauqua County Local Planning Committee. As part of my duties at Social Services, I became a notary and continue my commission. I am also an election inspector for Chautauqua County.”

Dunning will be honored for her 38 years of service to CSEA at a CSEA retiree picnic to be held Saturday, June 9, 2018 in the large pavilion at Point Gratiot Park, Route 5 West (just past Point Drive) in Dunkirk. Registration is at 12:30 p.m. with meal served at 1:00 p.m. Tickets $15.00 per person. All CSEA members are welcome. For more information, contact Hank Hoisington at 716-965-2007.