Presidential Candidates: On the issues 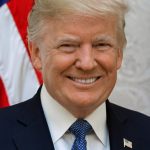 Social Security
Wants to eliminate the dedicated payroll tax that funds the program and replace it with another funding source that has not yet been explained or determined.

Health Care
Wants to repeal the Affordable Care Act, but does
not have a replacement plan, and is currently using the courts to strip away coverage for those with
pre-existing conditions.

Taxes
Passed a trillion-dollar tax cut for billionaires and corporations.

COVID-19 Response
Does not have a national response in place and refused to use the Defense Production Act to produce the much-needed PPE. Disbanded the National Security Council Pandemic Response Unit.

State and Local Aid
Has refused to commit to a federal response that includes aid for state & local governments and school districts. 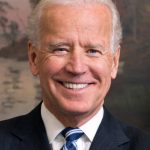 Social Security
Wants to increase the share wealthy Americans pay into the program to stabilize its finances and ensure workers who paid into the program receive the benefits they deserve. Would also extend the payroll tax to all wages earned and not limit it to the current yearly cap of $137,700.

Health Care
Wants to enhance the Affordable Care Act by adding a Public Option and protect coverage for those with pre-existing conditions.

Taxes
Wants to ensure billionaires pay their fair share and use the revenue to invest in American jobs and infrastructure.

COVID-19 Response
Would enact a national plan to fight the pandemic and any future infectious disease. Would enact the Defense Production Act to produce PPE and will re-establish the National Security Council Pandemic Response Unit.

State and Local Aid
Supports passage of the HEROES Act, which includes $3 trillion in funding for state & local governments and hazardous duty pay.

Let’s talk about the Presidency

Our country is currently going through unprecedented times.

A global pandemic has slowed our economy; state & local governments and school districts face drastic declines in revenue and 20 percent across the board cuts in aid; workers’ rights have been trampled on and restricted by the Supreme Court and the federal government; anti-union organizations backed by anti-labor billionaires draft legislation that is rubber stamped by Congress; access to health care is being restricted; Social Security, a program we all have paid into and counted on, is at risk of being defunded; and voting has been politicized and restricted by politicians who fear voters.

These issues, highlighted on this page, provide us with many points of contrast between the two Presidential candidates. It is these facts that help CSEA decide which candidate is the best candidate to fight for working people.

It is in this environment that CSEA had to make the necessary, but uncomfortable for some, endorsement of a Presidential candidate.

Based on these facts, CSEA has decided to endorse Joe Biden for President.

“We are proud to join our millions of union sisters and brothers in AFSCME in supporting Joe Biden, who has a long history of being a strong ally to working women and men,” CSEA President Mary E. Sullivan said. “Unlike the current administration, Joe Biden has plans to move us forward on the issues that matter most to working Americans, and we urge all union members to vote to elect him President.”

CSEA’s endorsement is decided on issues — not on political party persuasion. It is imperative that we have a federal government who works for the middle class and protects that hard-earned gains the labor movement has made.

We asked ourselves, what will the next four years look like and which candidate will: preserve and strengthen Social Security; fight for the job-saving aid for states and local governments; ensure the nation has a stockpile of PPE, a national model to fight the COVID-19 pandemic, and a plan to fight the next infection; end the nonsensical attack on the U.S. Postal Service and end the assault on unions and more.

On each question and issue, there was only one answer: Joe Biden.

You may disagree. There may be issues that you feel strongly about that were not mentioned because they are not related to CSEA.

We are not telling you how to vote; rather, we’re letting you know that we feel Joe Biden has earned our support and seal of approval.It’s up to you to decide; we urge you to vote!