CSEA’s statewide Women’s Conference, held recently, educated and inspired hundreds of union members.
The virtual platform was another way that CSEA women have adapted to the challenges of the pandemic — and are now rising stronger than ever. 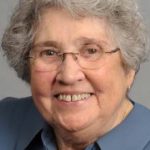 “Women have made great strides over time,” said CSEA Statewide President Mary E. Sullivan. “Our union and the labor movement in general have always been staunch supporters of women’s rights and the struggle to achieve equity, opportunity, fairness and respect for all.”

The conference provided an opportunity for CSEA members to get training in labor skills and be inspired to continue to rise amid challenges. Speakers and union leaders stressed that for women to rise, they need to stand together and lift up one another. 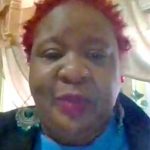 “[The Women’s Committee] would like to see more women engage in training,” said CSEA Standing Women’s Committee Chair Faye Wilkie-Fields. “We need to have better jobs for women and we still need to rise to the top. We have to make sure we empower ourselves. Women need to be seen and heard. It’s really important to encourage a sister.”

Wilkie-Fields also said that she wants conference attendees to share the lessons from the event with other members, as well as encourage other women to become more active in our union. 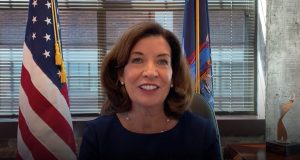 New York State Lt. Gov. Kathy Hochul addressed attendees by video, noting that women have been particularly harmed by the pandemic, with women being forced to drop out of the paid workforce at a higher rate than men.

“You are the support mechanism that allows our society and our economy to function,” she said. “I speak often about the importance of women in leadership roles. I know it can be daunting to step into a room that’s dominated by men. When women rise, we also lift each other up. And this year, women can come back stronger than ever before.” 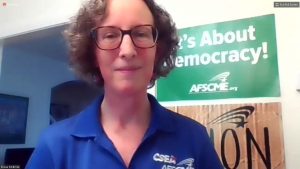 Conference attendees also got a strong dose of inspiration from other conference speakers, including AFSCME International Secretary-Treasurer Elissa McBride; Oregon Coalition of Black Trade Unionists (CBTU) Vice President Dr. Audrey Terrell and Coalition of Labor Union Women (CLUW) President Elise Bryant.
McBride, delivering the keynote address, praised CSEA’s commitment to developing female activists.“CSEA has a long and proud tradition of top-notch education and organizing,” she said. “You show this same commitment to preparing the next bold generation of women leaders in our union. You do that because real leaders develop other leaders. Women get that.”

McBride urged women to become involved in fighting for issues that are important to working people.
“People in this country want pro-family, pro-worker and pro-woman policies,” she said. “Ninety five percent of women want the government to focus on health care, jobs, education and racial justice. We’re unified as women on these things, and we have a lot of work to do.”

Terrell stressed the importance of having union women in her life. 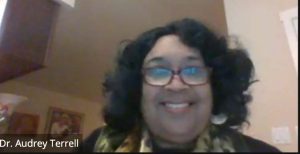 “There’s nothing better than a union ‘sista.’ That’s someone who is with you all the way,” she said. “Union sisters — good, bad and ugly — they are there for you. A union sister is something that’s priceless — you can always depend on them. That’s what union sisters do. We support and encourage each other.”
Terrell urged union women to lean on each other, to become active in the union and to share their knowledge with others. “If you want to rise up, take advantage of your union and your sisterhood,” she said. “[Sisters] will be there all the way.” 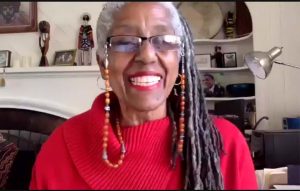 Bryant spoke about the progress of women and the key role that labor union women will play.
“In 1974, the founding mothers of the Coalition of Labor Union Women said, ‘a woman’s place is in her union,” Bryant said. “In 2020, we made history when Kamala Harris was elected Vice President of the United States. And in her own words, she will not be the last. This is just the beginning.” 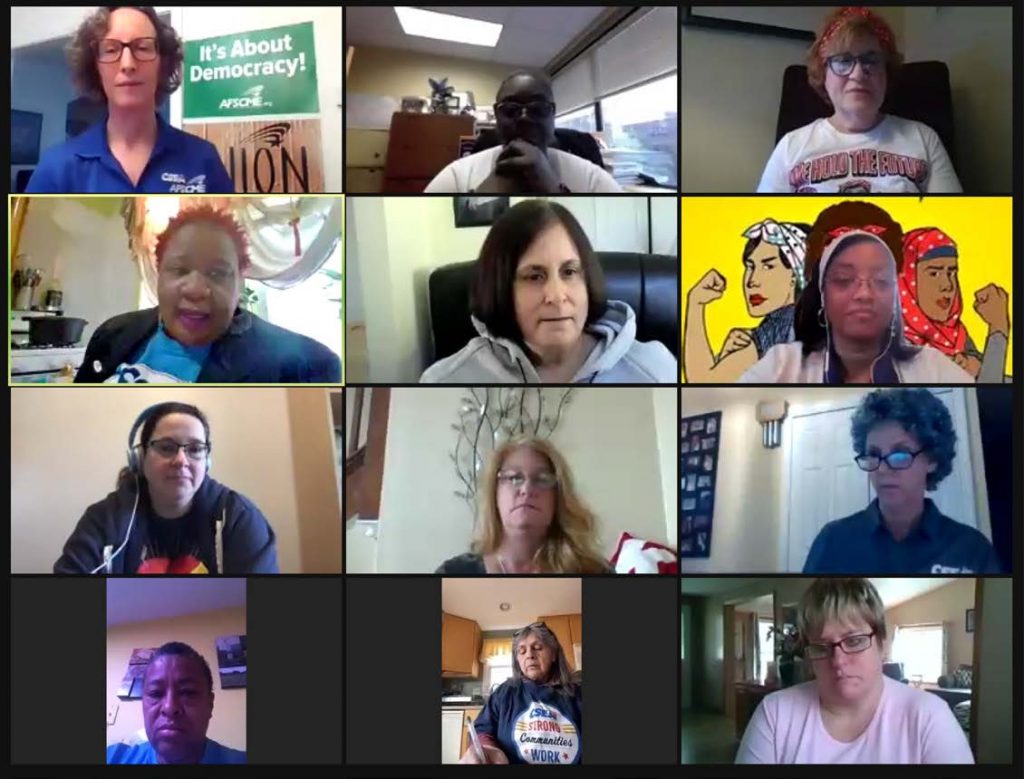 Janice Gavin is the editor of The Work Force and CSEA’s special interest publications, Essentially Women, Retiree News and Canary. A graduate of SUNY Plattsburgh and Syracuse University, Gavin has been a journalist and public relations professional for more than 20 years. She worked as a newspaper reporter and bureau chief at the Plattsburgh Press-Republican, where she was honored with Associated Press and New York Newspaper Publishers Association awards. Gavin joined CSEA as a communications specialist in the union's Southern Region in 2000. In 2004, she became The Work Force's associate editor, a position she held until becoming the publication's editor in 2017. Growing up in a union household, she is dedicated to improving workers’ lives through telling their stories.