Labor Class – Civil service positions involving unskilled or manual labor for which there are no minimum qualifications, but applicants may be required to demonstrate their ability to do the job.

On September 10, 1897, in Lattimer, Pennsylvania, approximately 300-400, mostly immigrant coal miners organized a peaceful march to show support of the newly formed UMWA (United Mine Workers of America).  They also wanted to bring about change within the Calvin Pardee Company mine operations.

The miners marched in support of a reduced work week, better wages, end to the three cent per day tax levy, better working conditions (3 men died every 2 days) and unpaid overtime.  They wanted to end having to reside in company owned homes, purchase basic living and work materials from the company store often with a 300% markup.  This was farm more than what the Calvin Pardee Company paid for it.

The strike ended in 19 miners killed, 38 wounded and no one being held accountable for the shooting of these unarmed miners who marched only with the American flag.  In 1972, 75 years later a memorial was built to pay tribute to these miners.

Check out the following resources: 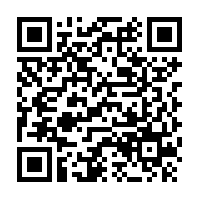