Many of our union’s endorsed candidates were elected to office.

One of CSEA’s top priorities was to help re-elect Buffalo Mayor Byron Brown. Western Region members distributed literature and made telephone calls on behalf of Brown, who ran a write-in campaign on strong union support.

Elsewhere in the Western Region, Ed Hughes, a longtime CSEA member employed at the Town of Hamburg’s Highway Department, was elected as the town’s highway superintendent with strong support from our union.

Throughout the rest of the state, CSEA-backed candidates also saw success.

In New York City, Eric Adams was elected New York City Mayor, handily defeating his general election challenger. CSEA has a long relationship with Adams from his time as a State Senator and Brooklyn Borough President.

On Long Island, Elaine Phillips was elected as Nassau County Comptroller. As this edition went to press, the county executive race was too close to call. In Suffolk County, former CSEA member Mike Zaleski was elected to become the next Riverhead Town Highway Superintendent. Donna Lent was re-elected as the Brookhaven Town Clerk.

In the Capital Region, CSEA members worked hard to successfully elect Peter Crummey as the next Town of Colonie Supervisor. CSEA has had a long relationship with Crummey since his time as a county legislator and town judge.

In the Central Region, all CSEA endorsed candidates for Common Council races in Rome and Utica were elected.

CSEA made hundreds of endorsements in each region. See final election results on our union’s website at cseany.org/vote. 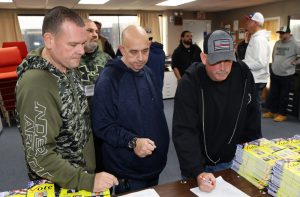 From left, CSEA Suffolk County Local President Wally Greene and Town of Brookhaven Highway Unit members Michael Catalano and Carlo Grover review registration papers and the field areas where they will be handing out flyers and speaking with community members. (Photo by Wendi Bowie) 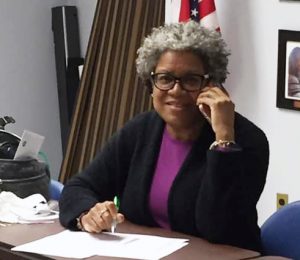 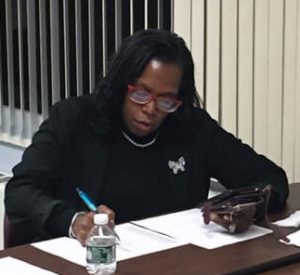 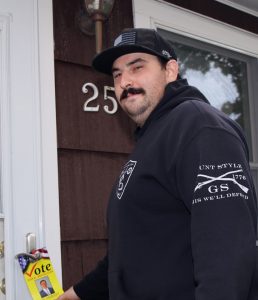