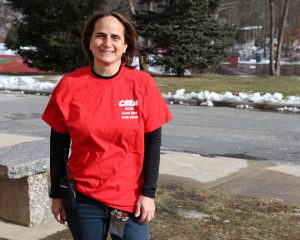 BEDFORD — For many CSEA members working in school districts, the first hint that this wasn’t going to be a normal school year came when the sinks were pulled off the walls.

This wasn’t a maintenance issue, but rather the fallout from a TikTok ‘Devious Licks” challenge that went viral. An account on the social media video app, which was subsequently banned, issued challenges for students for each month of the school year.

The trend caught on in all types of school districts, from those in large urban settings to suburban districts and even rural settings. October’s theme was “slap a staff member” while November’s was “kiss your friend’s girlfriend.”

TikTok now includes on its app a resource for recognizing and potentially reporting any online challenges. 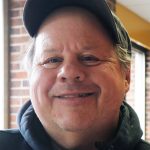 “The ‘Devious Licks’ TikTok videos that challenged students to various forms of vandalism and attacks on school personnel have impacted many of us either personally or professionally across the state,” said CSEA Statewide Schools Committee Chair John Brown.

In addition to vandalism, TikTok videos recorded by students have documented a seeming uptick in fights breaking out in school cafeterias, on buses and elsewhere. There have even been videos threatening school shootings, something that has impacted schools across the country, even leading some districts to cancel classes and spurring numerous student absences on one mid-December day.

“The TikTok challenges were the worst thing that could have happened on top of everything we’re already dealing with,” said CSEA Bedford Central School District Unit President Mia Wiltse, who works as lead security monitor at Fox Lane High School.

“The pre-Christmas threat of a school shooting raised the level of concern to a new height,” said Brown. “The damage the restroom challenge resulted in was expensive in some districts. The slap or shove a faculty or staff person did happen. Thankfully, the shooting challenge threat passed without incident.”

The chaos has impacted CSEA members working in many titles, from custodial workers dealing with the damage to school security monitors, bus drivers, and teacher aides dealing with student behavior. It’s been exhausting for workers dealing with yet another year of short staffing (already a problem in many districts before the pandemic), quarantines, and COVID-19 prevention.

Wiltse said that Bedford is fortunate to have a robust clinical staff, including psychologists and social workers, but everyone is touched by the impact the last year has had on students’ mental health. Even children who’ve never before faced school discipline have had behavioral issues this year.

“I’ve never seen so many children that are struggling and I’ve been in my district almost 25 years,” said Wiltse. “With the TikTok challenges, it’s taken advantage of these kids who are looking for validation. A lot of them feel unseen right now. With everyone masked, a lot of them became introverted and don’t want to have a conversation. It’s tough to see.”

As tough as the year has been, Wiltse said CSEA members in Bedford are committed to doing what they can to help students stay in school full-time and avoid returning to a fully remote or hybrid option.

“We don’t want them remote because we’ve seen the damage that is being done to these kids with them not being in the classroom every day,” said Wiltse. “A lot of us, especially our teacher aides and instructional assistants, are able to help the students out so much when they’re actually in the buildings. With what’s happening now, we have to remember to put the social-emotional learning first.”

Brown stressed the importance of CSEA members remaining vigilant on the job.

“The mantra of ‘if you see something, say something’ is still a most important practice,” said Brown. “We need to be aware of these things, and we need to keep communications open between CSEA officers, school administrations, and school boards.”

What are online challenges?

Online challenges, such as those on TikTok, typically involve people doing something difficult, which they share on the social media app and encourage others to do the same. While many of the challenges are considered to be safe, others promote harmful behaviors and risk of serious injury. TikTok now prohibits potentially dangerous challenges.