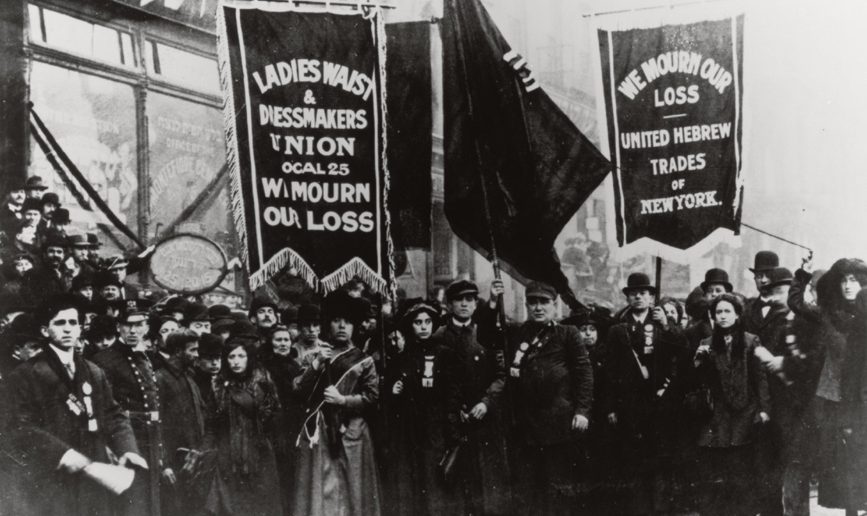 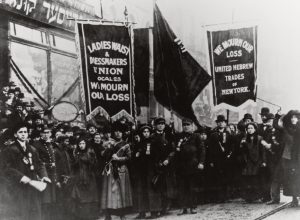 The fire, which happened at the end of a six-day, 52-hour work week, triggered a wave of workplace safety and labor regulations and strengthened the resolve of labor unions to improve working conditions.

It also highlighted the struggles of the factory workers, predominantly women, who were employed in low-paid jobs with poor working conditions.

At the turn of the 20th century, workers faced dangerous and deadly working conditions in New York and throughout the country. Aside from locked doors to stop workers from leaving and reduce theft, factories often lacked proper lighting, sprinkler systems or fire alarms.

Many of the Triangle factory workers who passed away in the fire, who were paid $3 a week or less, were recent Italian and Jewish immigrants whose ages ranged from 14 to 43.

On the day of the fire, they were toiling on the 8th, 9th and 10th floors of the building.

Near the end of the workday, a fire, allegedly set by a careless smoker, flared up in a scrap bin and quickly spread. While the factory owners escaped the blaze, they failed to alert the workers on the upper floors, who had few means to escape the building.

Although firefighters quickly arrived, their ladders were too short to reach the 8th floor. Workers were also trapped inside by doors that were kept intentionally locked by the owners to make sure workers stayed at their machines.

Over the next 30 minutes, workers died in the shaft of the one working elevator. Other workers suffocated and/or burned to death inside the building. Many more workers jumped out upper windows and landed on the sidewalks below, unable to be saved by nets that broke under the weight and volume of jumpers. The building’s only fire escape also collapsed.

Two years before the Triangle fire, the International Ladies’ Garment Workers’ Union (ILGWU) had tried to organize the factory. Labor activist Clara Lemlich had helped lead a strike at Triangle and other New York shirtwaist factories. While many of the other factories had agreed to the union’s demands, they failed to reach an agreement with Triangle’s owners in the months before the fire.

After the fire, the public demanded action to improve working conditions at factories, and stricter fire codes were enacted.

Triangle’s owners were tried but never convicted of any offenses that created the conditions for this tragedy. A few years later, the families of 23 victims were awarded $75 each in a civil suit.

The squalid conditions and utter horror of the Triangle Fire motivated a 31-year-old Frances Perkins into a career in public service, where she championed legislation and regulations that became the national standard under President Franklin Delano Roosevelt when she was appointed Labor Secretary and the first female cabinet member.

Perkins, who had witnessed the fire, paved the way for the Wagner Act which provided workers the right to organize and guaranteed that the workplace install sprinkler systems, fire alarms, proper exits and working doors. 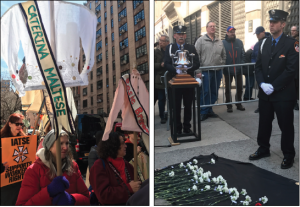 More than a century after the Triangle Fire, CSEA members and other unions in New York City continue to pay tribute to the victims annually. Events have included both in-person tributes such as these 2018 images and virtual events that have been held during the pandemic.

In an effort to preserve the history and importance of the Triangle Shirtwaist Fire, The Triangle Fire Coalition, that includes some 200 groups and organizations, was formed.

The living memorial to the victims of the fire organizes events to commemorate the incident, including their main event at the site where the fire occurred, where members of the New York Fire Department ring a solemn bell as the names of the victims are read.

The building where the fire occurred, the Asch Building, stands today and is now known as the Brown Building and is part of the New York University campus.

The last surviving member of the Triangle Fire, Rose Rosenfeld, was 18 on that infamous day. The Viennese immigrant survived by following the company bosses to the roof where they were rescued. She became a staunch labor advocate and indefatigable voice for her deceased co-workers until she died in 2001 at the age of 107.

“Hundred forty-six people in half an hour,” she once told a media outlet. “I always have tears in my eyes when I think. It should never have happened.”