SENECA — Town of Seneca Highway Department workers are the newest members of CSEA, after the town board recently voted to approve their request for voluntary recognition of CSEA as their union.

Key to the workers’ efforts to form a union was CSEA Western Region President Steve Healy, who, as a Volunteer Member Organizer (VMO), led the organizing effort for voluntary recognition.

Things can change rather quickly in organizing campaigns. Successful drives to join CSEA often require flexibility, persistence and involvement from VMOs, working in concert with our union’s Organizing Department.

Depending on the size of the group and the challenges ahead, organizing can be successfully spearheaded by CSEA leadership. With minimal assistance and guidance from the Organizing Department, Healy did just this.

A former CSEA state Department of Transportation member who now works for the Town of Seneca had called Healy to discuss joining our union, looking for a stronger a voice on the job and the union protections he was used to. 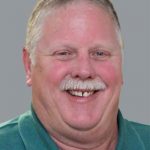 “The way I see it, if we can help, we should help,” Healy said. “I was not giving up on these guys. If we can help them get a solid foundation and have respect on the job, it’s worth every effort.”

Nine families will now benefit from union membership in the town because of Healy’s persistence and leadership, and it may not end there. The Western Region has received leads that workers in two neighboring towns are interested in joining CSEA and are watching how things turn out for the Seneca town highway workers.

The Town of Seneca attorney reached out to CSEA Labor Relations Specialist Paul Peters and Healy in February to schedule a meeting.

As a former Ontario County Unit president, Healy had developed a good working relationship with town officials. They shared good history working with CSEA through labor-management. Healy laid out the town’s options — one expensive and one quick and easy.

The quick and easy option? Voluntary recognition (see box on this page).

“The town supervisor asked me about their options, and we talked in terms of what it would cost the town,” Healy said. “Voluntary recognition was clearly the way to go since there is no cost associated with it for the town, and it is a more democratic process for workers having an intimidation-free process to choose to become members.”

“[The town supervisor] said to us, ‘I won’t fight this. If the guys truly want to be union, then let them,’” Healy said. “He was true to his word.”

On March 2, the town supervisor met with the workers with the understanding that he could not interfere, but just wanted to hear from them.

Getting the confirmation from the workers he needed, the supervisor quickly scheduled a special town board meeting. Knowing where they stood on the issue, he said to Healy that it would take longer to do the Pledge of Allegiance than for the Town Board to vote.

“They know the issues these guys are facing and wanted them to have the tools and protection they need,” Healy said. “The whole process was smooth and painless.”

Voluntary Recognition is proven to be the most democratic solution for workers to unionize.

The National Labor Relations Act (NLRA) does not require secret ballot elections. An employer may voluntarily recognize a union when presented with authorization cards signed by a majority of employees in a bargaining unit. Once a union has been certified or recognized, the employer is required to bargain over your terms and conditions of employment with your union representative.