The county’s minimum wage will rise to $12.50 per hour effective January 1, 2021, in compliance with state law. 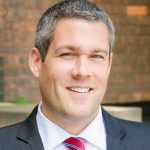 ROCHESTER – CSEA and Monroe County are announcing they have reached an agreement to increase pay rates of the lowest-paid county employees and bring the county into compliance with the state’s Minimum Wage Act of 2016.

The changes to the pay scales and of the Part-Time employees tentative collective bargaining agreement were unanimously approved at the Monroe County Legislature meeting held on December 8.

“It’s unconscionable that while minimum wage standards have been raised across the state, essential Monroe County workers have been left behind,” said Monroe County Executive Adam Bello. “I’m happy to announce that this county will move forward with starting our entry-level employees at a pay scale that matches the state standards.”

As a local government entity, Monroe County is not required to observe New York’s minimum wage laws. Under previous administrations, the county has instead chosen to follow the federal minimum wage scale, which has remained at $7.25 per hour since 2009.

“On behalf of CSEA Western Region, we would like to thank Monroe County Executive Adam Bello and his administrative team for recognizing the value of our essential work,” said CSEA Western Region President Steve Healy. “We are extremely pleased that our lower wage employees will receive a much-needed boost in income that they so desperately deserve. The proposed minimum wage increase is a necessary step in the right direction and one that will make it easier for many of our working families to meet their basic daily needs.”

In 2016, New York lawmakers passed an initiative that would increase the state minimum wage over a 5-year period to $12.50 per hour, except for New York City, Long Island and Westchester County, where the minimum will increase to $15 per hour. The $12.50 rate goes into effect statewide on January 1, 2021. 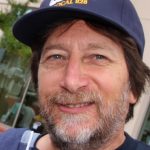 “County Executive Bello and his team are demonstrating what true leadership looks like. We have been saying for years we can’t retain the best and brightest workers because they haven’t received the support and resources they need to be successful,” said CSEA Monroe County Local and Unit President James D’Amico. “By honoring New York State minimum wage requirements, we believe this is ethically and morally the right thing to do. This is a perfect example of what we like to call economic justice in action.” 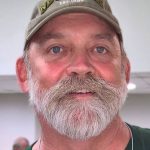 CSEA Labor Relations Specialist Robbie Ellis, who negotiated the contracts for county employees, said the difference between the federal minimum wage and the state level – a pay scale offered by private sector employers – has left the county at competitive disadvantage when it comes to attracting and retaining qualified workers.

“The benefits of raising wages for low-income workers are also a return on investment for taxpayers because a much higher minimum wage means there is less need for means-tested government programs such as the Earned Income Tax Credit and Supplemental Nutrition Assistance Program for working families,” Ellis said. “This is a win-win for everyone.”