ALBANY — CSEA President Mary E. Sullivan had the honor and privilege of serving as a member of New York’s Electoral College, casting their ballots on behalf of the majority of New York voters for Joe Biden for president and Kamala Harris for vice president. 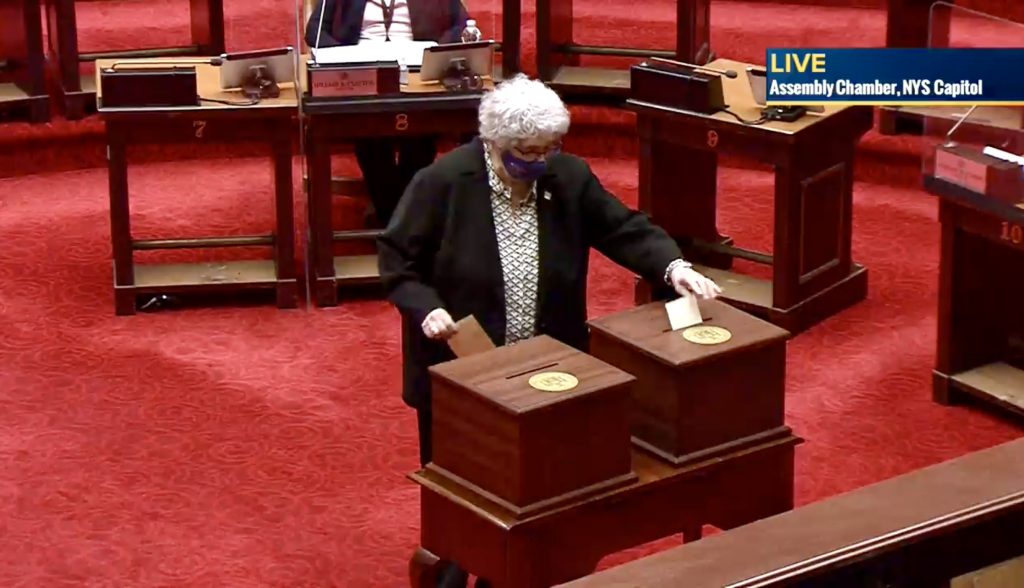 “It was an honor for me personally to be able to cast a ballot on behalf of President-elect Joe Biden, and on behalf of our first female Vice President-elect Kamala Harris. It also shows how much political clout our union wields that CSEA was invited to participate in this historic occasion,” Sullivan said.

Prior to the election, CSEA was proud to join our union brothers and sisters in AFSCME and the AFL-CIO in endorsing the Biden-Harris campaign to lead our country forward. CSEA expects a much more labor-friendly and worker-friendly administration under Biden and Harris’ leadership.